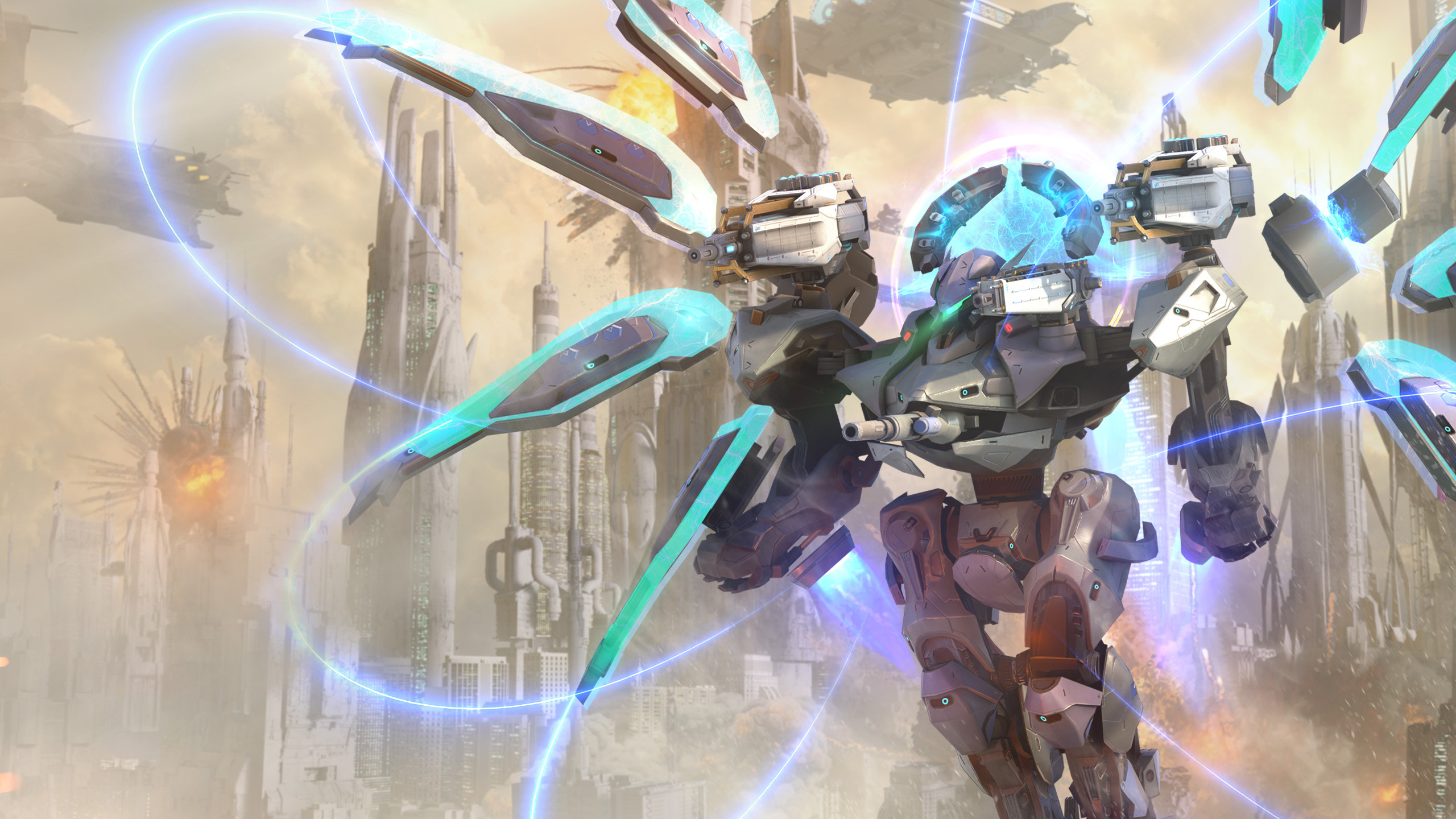 Aether is an evolution of the Seraph design from SpaceTech. In addition to its flight capabilities and Forcefield protection, this Titan can boost and repair itself as well as being armed with powerful beam gun that can disrupt enemy control systems.

Skyward. The Titan takes off and activates its built-in weapon, hitting enemies with a directed beam of energy, with each hit accumulating an EMP effect on the enemy
EMP. Blocks the enemy from activating abilities and active modules
Forcefield. For the duration of the flight, the Titan activates protection which partially blocks received damage, with the defense level decreasing as the incoming damage is blocked.

Vigour. The Titan accelerates and restores a part of its Durability 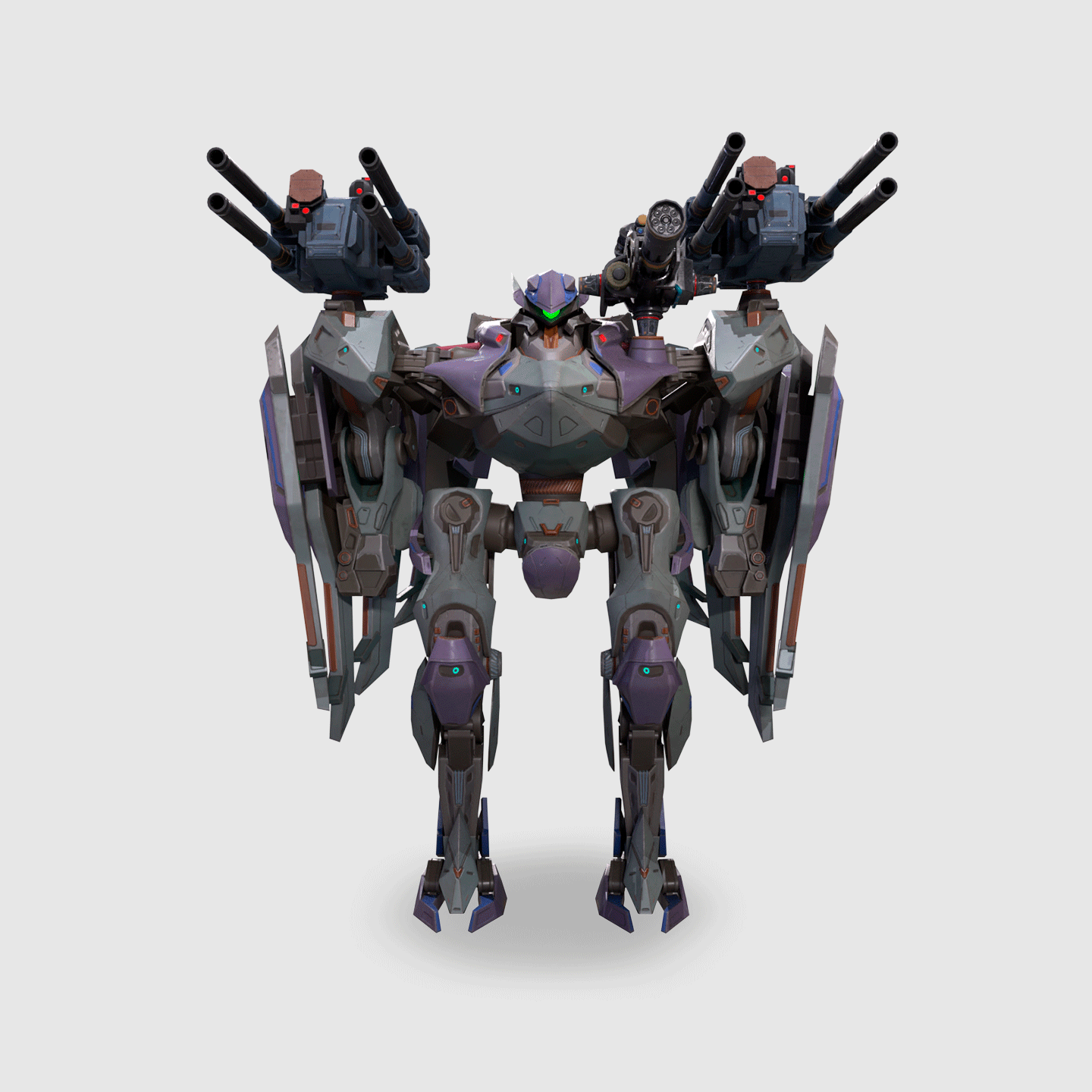 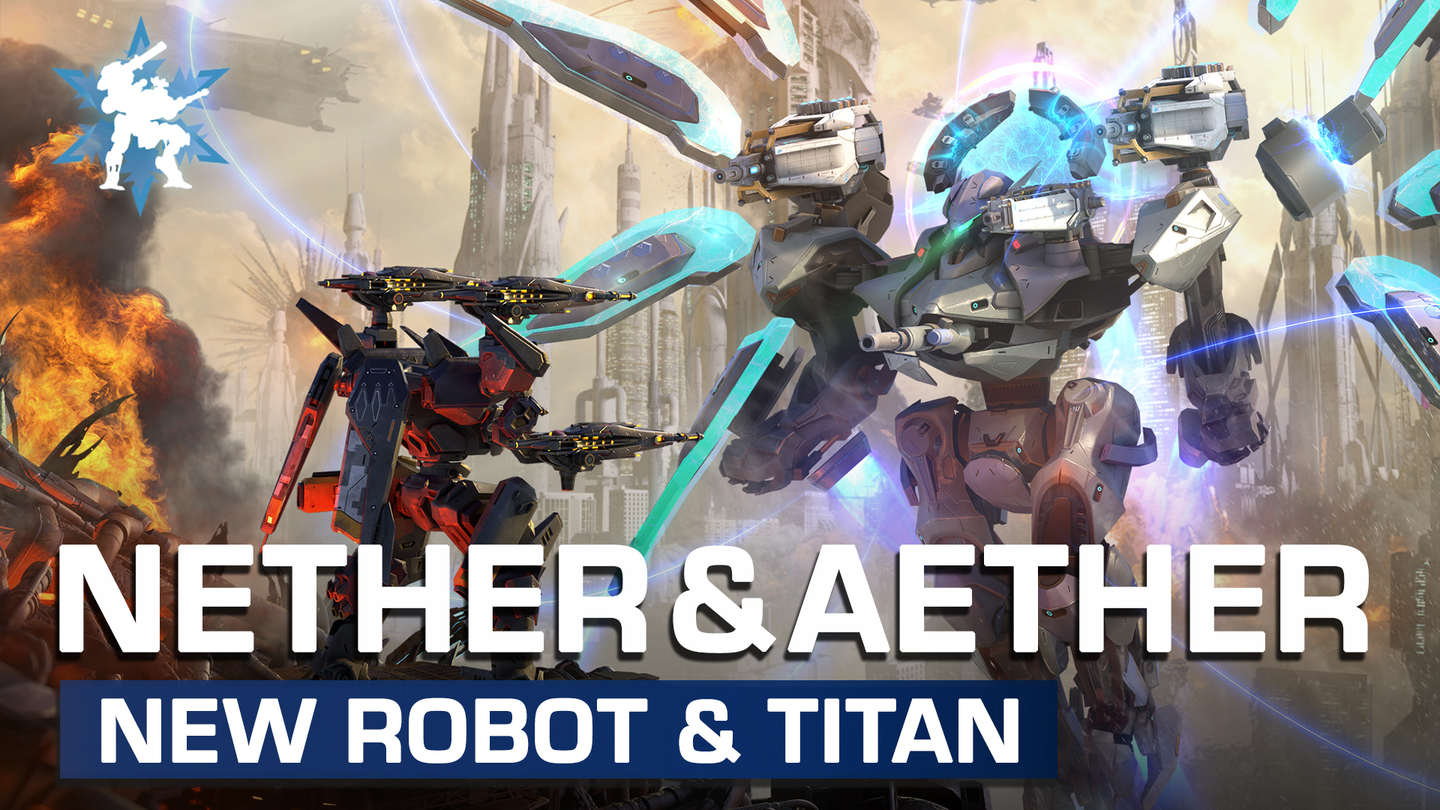