Nether is a design which is the opposite of Seraph and Aether, protected by a permanent Forcefield. It can dash several times in a row, damaging and disabling enemy abilities, while providing itself with a damage boost.

ABILITY
Quake. The robot dashes, its damage increases and it shoots its built-in weapon that deals damage and applies an EMP effect to its target. This ability has 5 charges.
Nether Forcefield. The robot has protection which partially blocks received damage, with the defense level decreasing as incoming damage is blocked. The Forcefield recharges once Nether has not taken damage for a while. 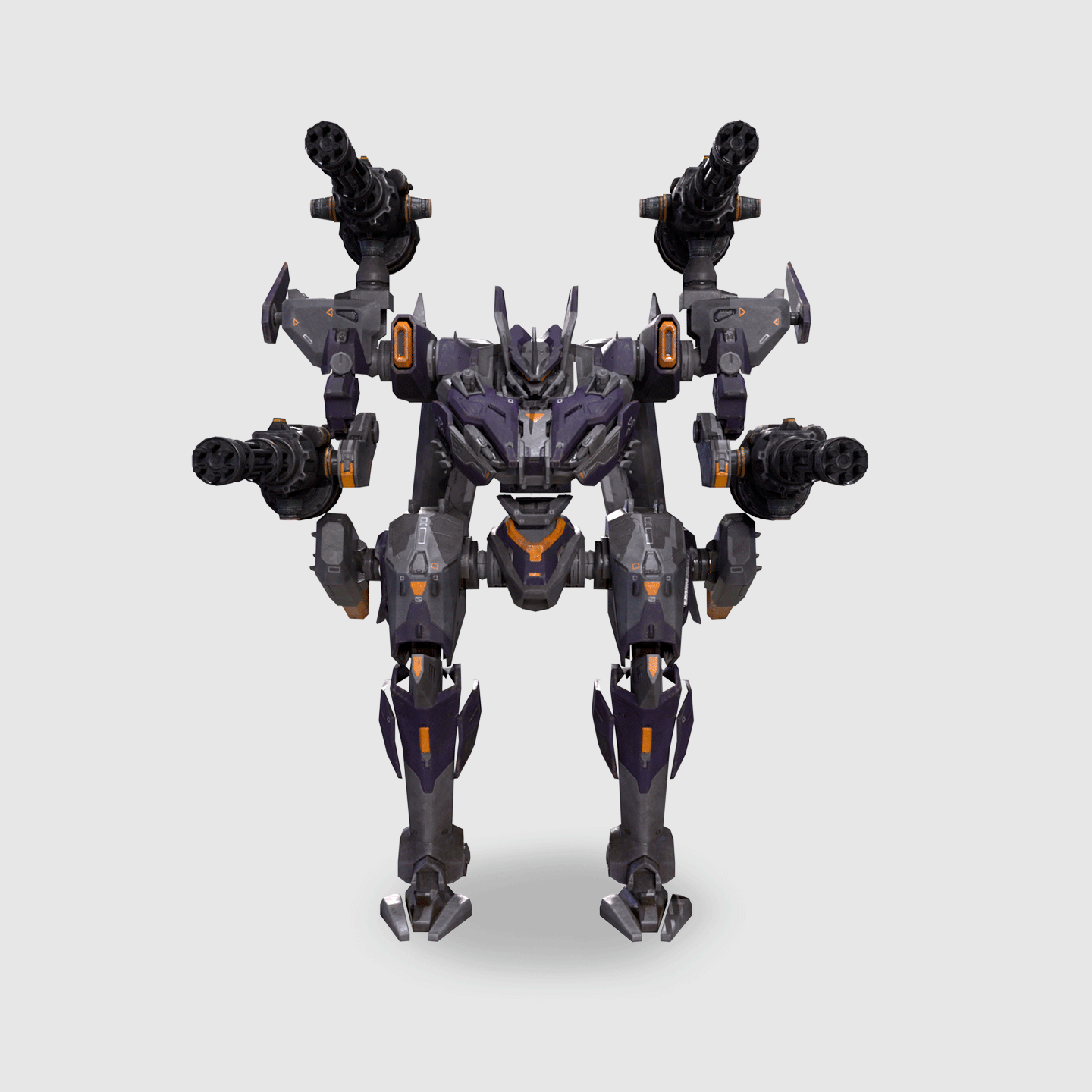