You get an event coin starting bonus based on how old your account is. Use them to open Special Delivery crates and get the chance to win these valuable rewards: 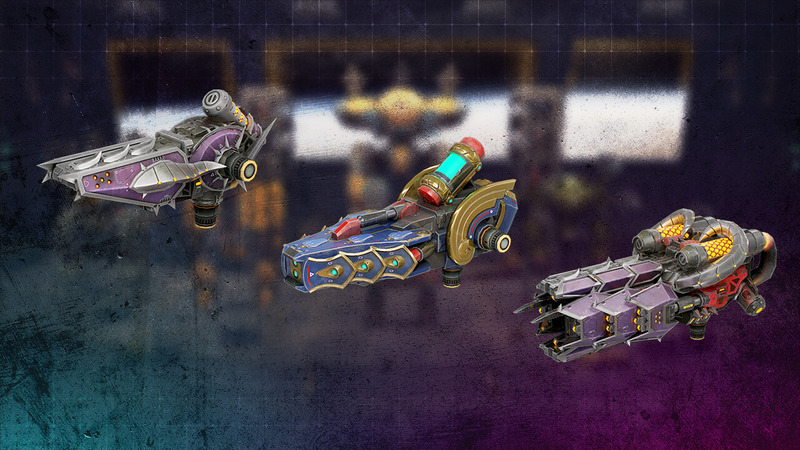 This time, you will also find different guaranteed prizes attached to different types of crates. When you complete your progress towards a guaranteed reward, the next crate will provide that particular reward. So now you know for sure what some of those crates have to offer.

Note that the special prize mechanics aren’t going anywhere. The crates marked with a special prize tag will bring you better rewards like they did before.

The battle activities will include:

A powerful mining complex located over a gaping volcanic pipe. It belonged to the Defense and Security Conglomerate for decades, supplying natural diamonds to its Martian colonies. Now, other factions see an opportunity to send in mercenary squads and take over. With an artificially caused volcano eruption looming over the battlefield, Commanders are in for a fiery battle. 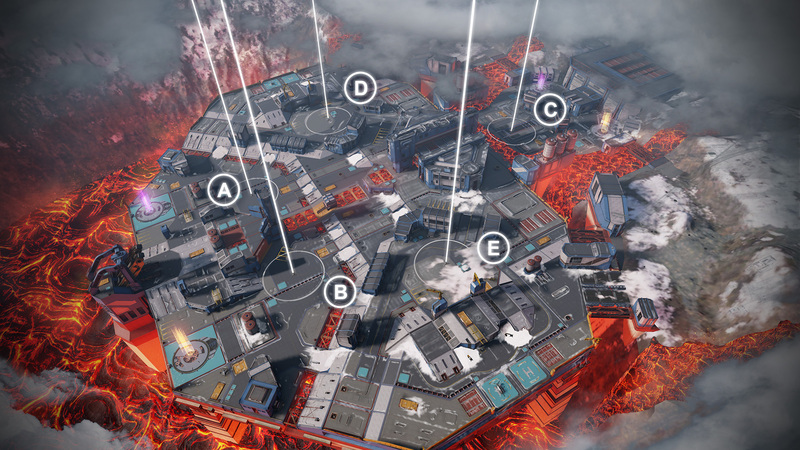 Teleports: Stolen Icarus technology adapted for production. Stationary teleport platforms will instantly relocate you to another part of the map.

Designed by Yan-di corporation specifically for long-range battles, Sharanga is the first titan to operate three alpha slots at once. Its improved reactor allows for increased weapon damage, while its phase defense can temporarily neutralize enemies that come too close.

Phase Exile: The Titan forces the enemy robot to slow down and lose the ability to deal damage, repair allies and capture beacons. However, it also makes the enemy invulnerable to damage and any negative effects at the same time.

Orochi combines a set of technologies from other factions, which were reproduced and optimized by SpaceTech engineers to create a versatile and deadly robot. It is an aggressive robot capable of moving at incredibly fast speeds which is protected by stealth technology. The robot has a built-in weapon with a long-lasting corrosive effect.

Viper Strike: The robot dashes, activates stealth and begins to move at an increased speed, firing corrosive projectiles at the enemy. The ability has 2 charges.

DoT: Deals recurring damage over time to the enemy's hull.

A super-heavy long-range weapon which fires an energy impulse that bounces from one target to another. It also has a charge-up system: the longer you charge the weapon, the more powerful its shot.

An auxiliary energy machine gun for close and medium range. In addition to its high rate of fire and impressive ammo capacity, it also boasts a DoT effect: every round deals damage over time after hitting a target.

With this rework, we want to make drones more focused and simple to manage, both when you are making a build and on the battlefield. If you see a Wasp drone, you will always know that it's built to sting. 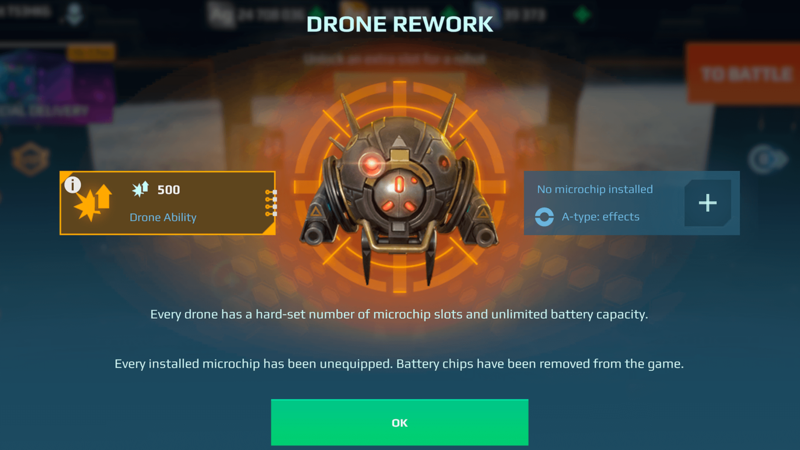 For a full explanation of this rework, please read this article. You will also find the full details of the microchip rebalance included in the tables at the end of the article.

With Facebook Gameroom shutting down this summer, you can now transfer your War Robots progress from Gameroom to either Steam or MY.GAMES. You will also receive a 500 Au bonus for choosing MY.GAMES.

If you play on Facebook Gameroom, you will see a pop-up window when you enter the game which will prompt you to transfer your progress. There will be a step-by-step tutorial on how to do this available in the game menu, but just in case, we'll also explain it here.

To tansfer you progress:

Close-range builds have a clear advantage over medium-range at the moment. With this nerf, we want to give more space to those who prefer shootouts at a distance.

This mechanic has been in the game for quite a while already. With the release of Shell which doesn't receive any self-damage, it started to feel out of place. We have buffed Hellburner by streamlining its ability to be like the one Shell has.

As always, there's also a list of minor buffs aimed at reinvigorating gameplay in lower leagues: 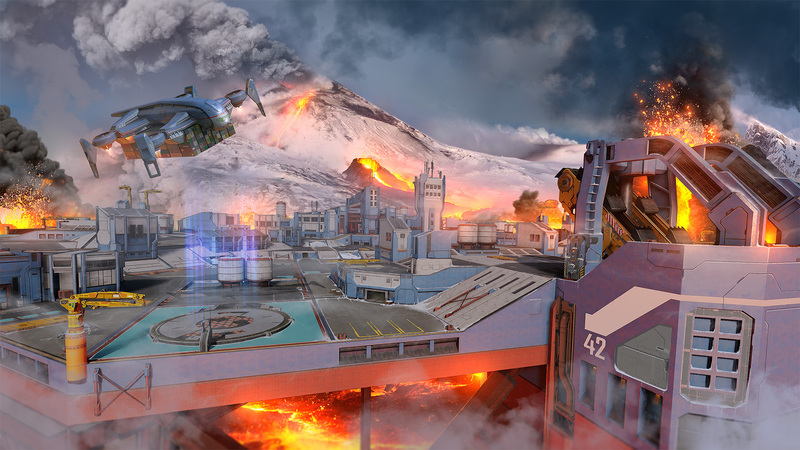 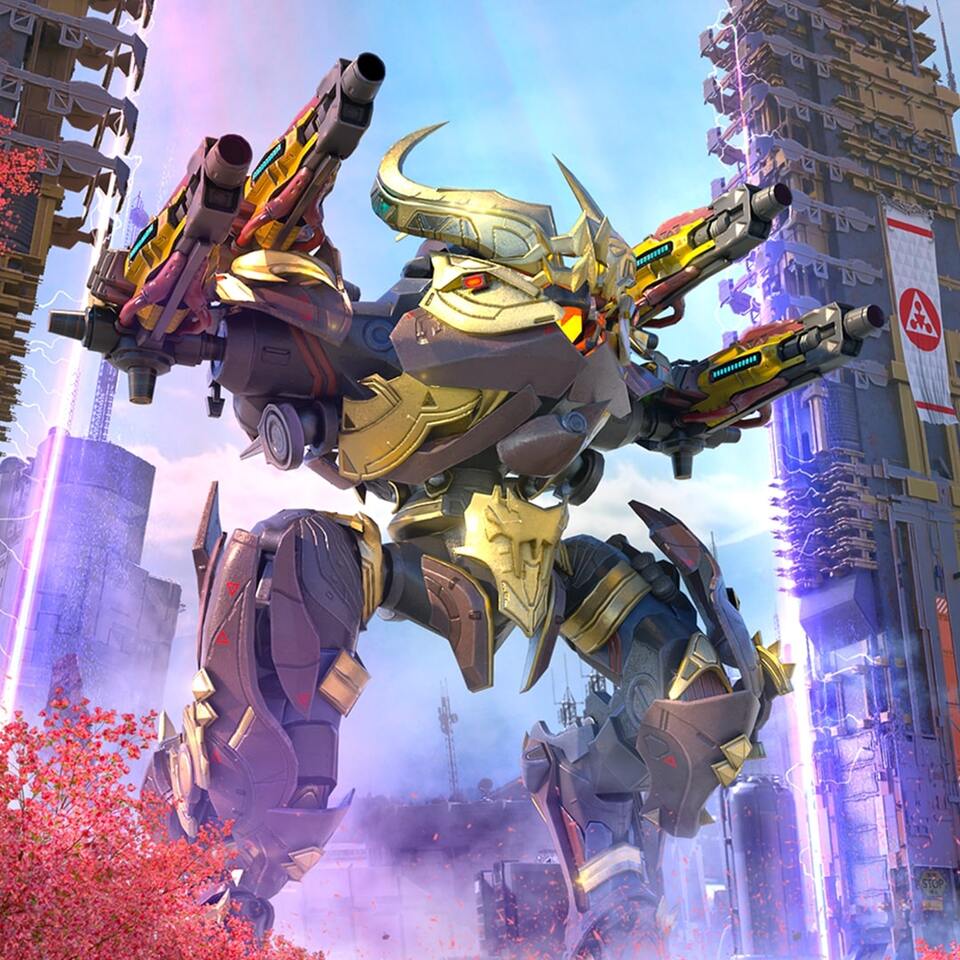