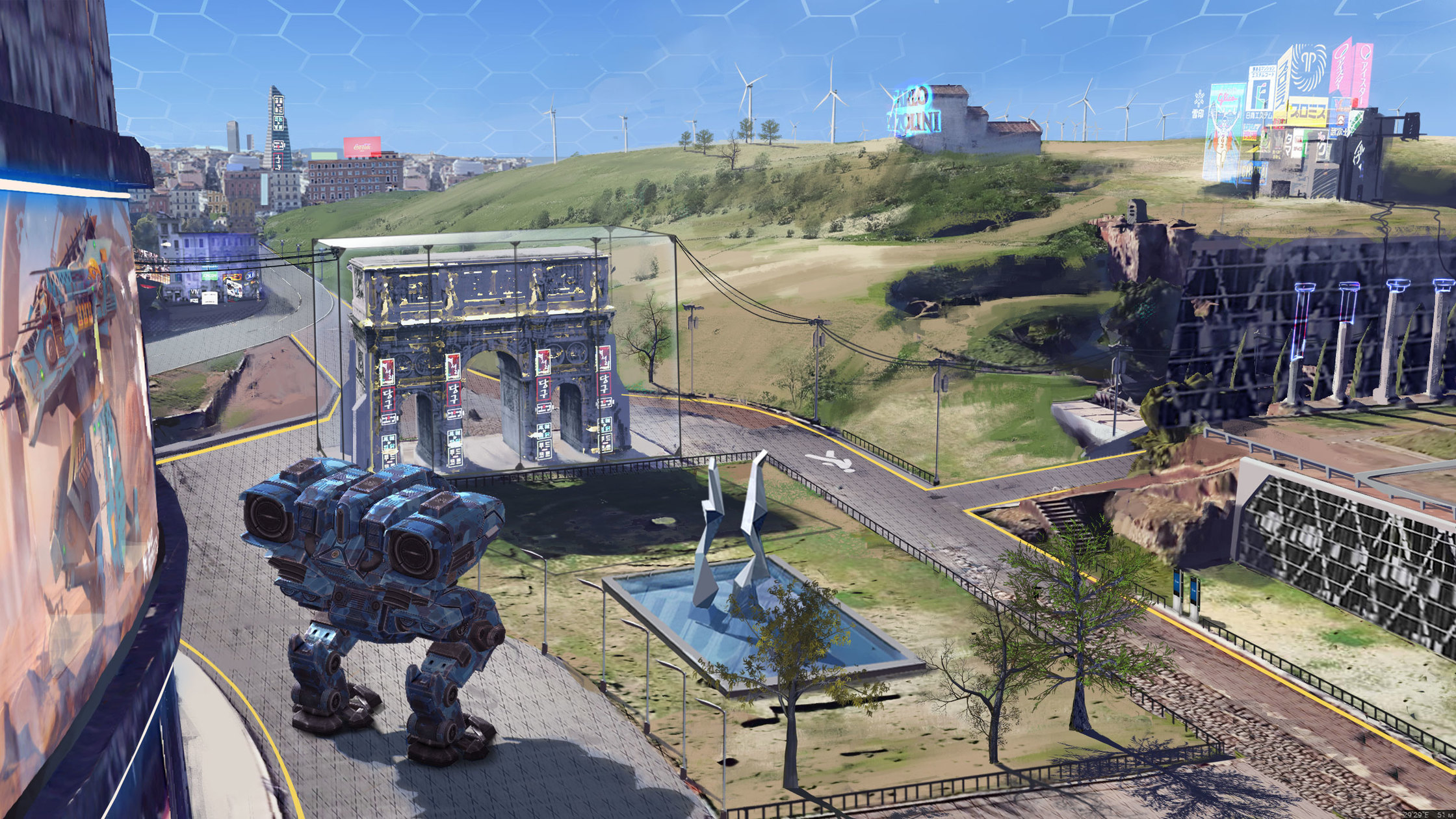 We had a talk with our lead level-designer Mikhail Vovk as he shared lots of details about the new map, Rome. Can robots battle in the Colosseum? Are the map and real Rome alike? And what’s so special about Rome that we’ve chosen it among all the other places?

Let this road lead us to Rome.

From the vast ocean to Italy. What should we expect from Rome?

Unlike Carrier, our previous map, Rome isn’t something fundamentally new. It’s an arena map, medium in size, a type of maps well-known and beloved by our players. Just like Dead City, Valley or Moon.

The setting is the near future but based on a real (and very famous) place. If you look at Google Maps, you will see the same buildings or scheme of roads. So those of pilots who know Rome quite well will definitely feel at home.

Why Rome? Were there any other options?

A recognizable map based on a real place with a remarkable landmark. We also were thinking about Paris, Hollywood or Washington, for example. But I’ve been to Rome myself and felt like it was an ideal map for War Robots.

Furthermore, it seems very symbolic — an arena map with the most famous arena in the centre. We’ve never used European cityscapes before. And this definitely makes Rome a unique map.

What is so special about this map?

One of the main features of Rome is city development. In the centre of the map there is a big construction, Colosseum, with almost no covers around it — only from one side. It’s done on purpose — Colosseum can be used as a big shelter itself.

Playing as a team, you can effectively protect this point and defend all ins and outs. This allowed us to make fewer covers with the same level of protection.

In turn, there are lots of hiding places along the edges. There is even a small labyrinth with dense development that is ideal for knife-fighting lovers.

Anything else cool on the map besides the Colosseum?

Nearby stands the Arch of Constantine, covered in security glass. In the background players can see panorama of Rome but with futuristic elements. Walls, buildings, even an underground station which hints at the connection with the rest of the city through public transport. We wanted to show elements of old architecture and fit futuristic style into it, like big digital screens or circular projections flying in the air. The same as it was in Deus Ex series, for example, where old Prague architecture and modern elements intertwined naturally. Great question indeed and there’s an actual explanation for that. Just like Shenzhen, Rome was guarded by a protective dome during the war. All the damage you can see on the map was the result of robot battles inside the city and panic among people.

By the way, the Colosseum itself was rebuilt. You can see passes for robots that look not like holes in the walls but rather fortified entries.

So yes, the Eternal City remained undestroyed and still stands.