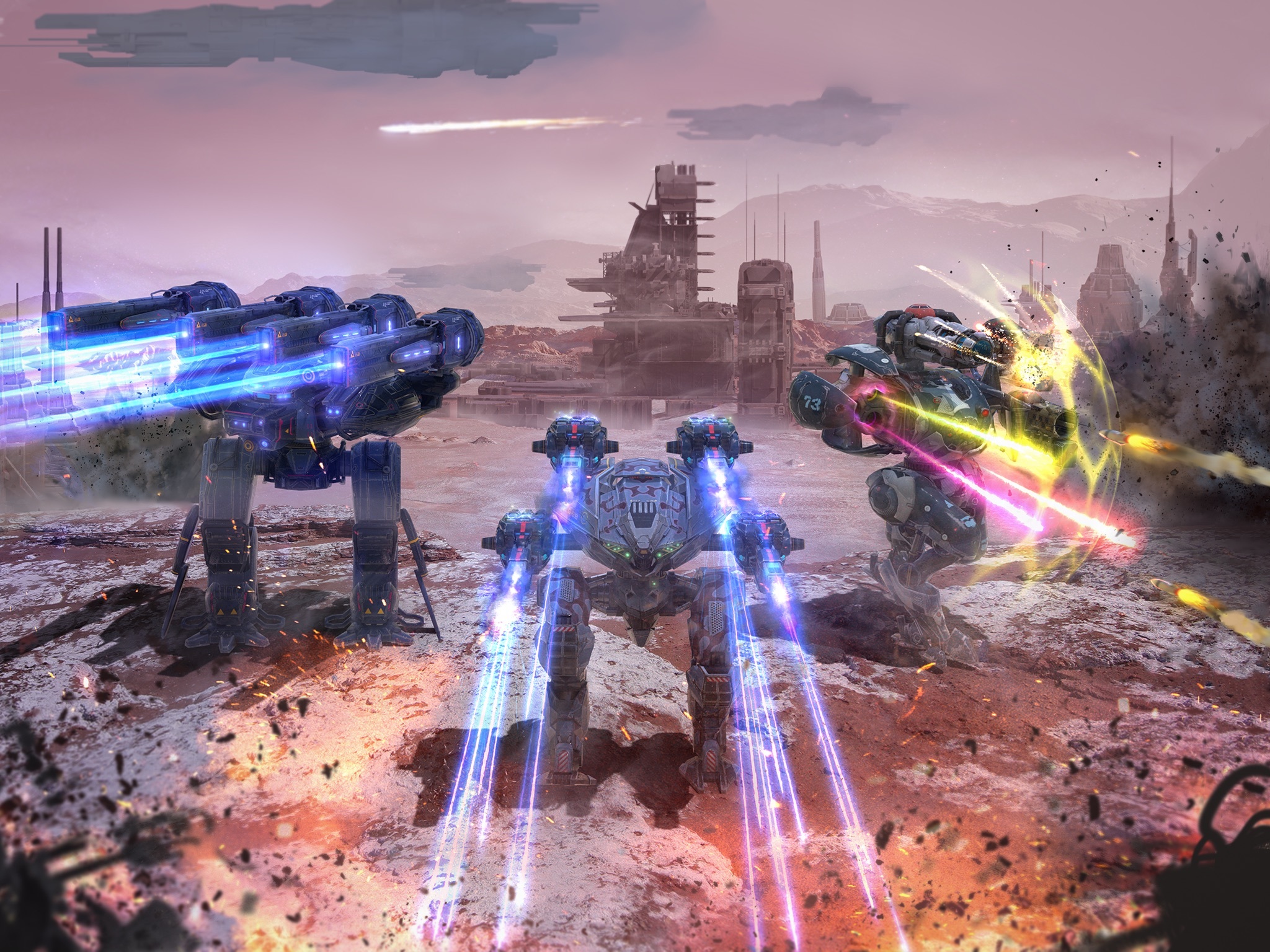 Available in special crates during the event

iOS and Android play together

NOTE: first, we will unify matchmaking pools for Android and iOS. If all goes well, Amazon will join the action soon after that

We all have been waiting for this for a long time. So far, these are just first steps towards fully supporting cross-platform game in War Robots, but you can already notice the following changes:

It is not possible yet to transfer progress between iOS and Android, and social interaction (clans, squads) is still limited to your platform, but we plan to implement these functions as well in the future.

NOTE: if you joined War Robots after July 5th 2018, this change won’t affect you in any way. Read more on the topic here

Starting with 5.8.0, the old economy is no longer there: old items obtained before July 5th 2018 now have the same upgrade costs & upgrade timer as items obtained after that date.

As we announced before, we are working on a new Silver payout system, where each Honor point you earn in battle brings you a set amount of Silver. Right now we're making the final preparations before launching it for all players. Stay tuned for the updates!

NOTE: all stats are listed for level 12 MK1

When creating shotguns in WR, we drew our inspiration from real semi-automatic shotguns like Mossberg 930.

What makes those shotguns stand out is:

Our shotguns partially corresponded to this model, but also had some differences. We have decided to adjust this in the new update and bring the shotguns closer to the original idea.

The effectiveness of shotguns in close combat has gone up, but has dropped at distances higher than 300m. Damage per shot has become higher and rate of fire has increased, but reload speed has dropped.

Shotguns are now to become a tactical weapon for close range battles. Use them wisely and unleash their new potential!