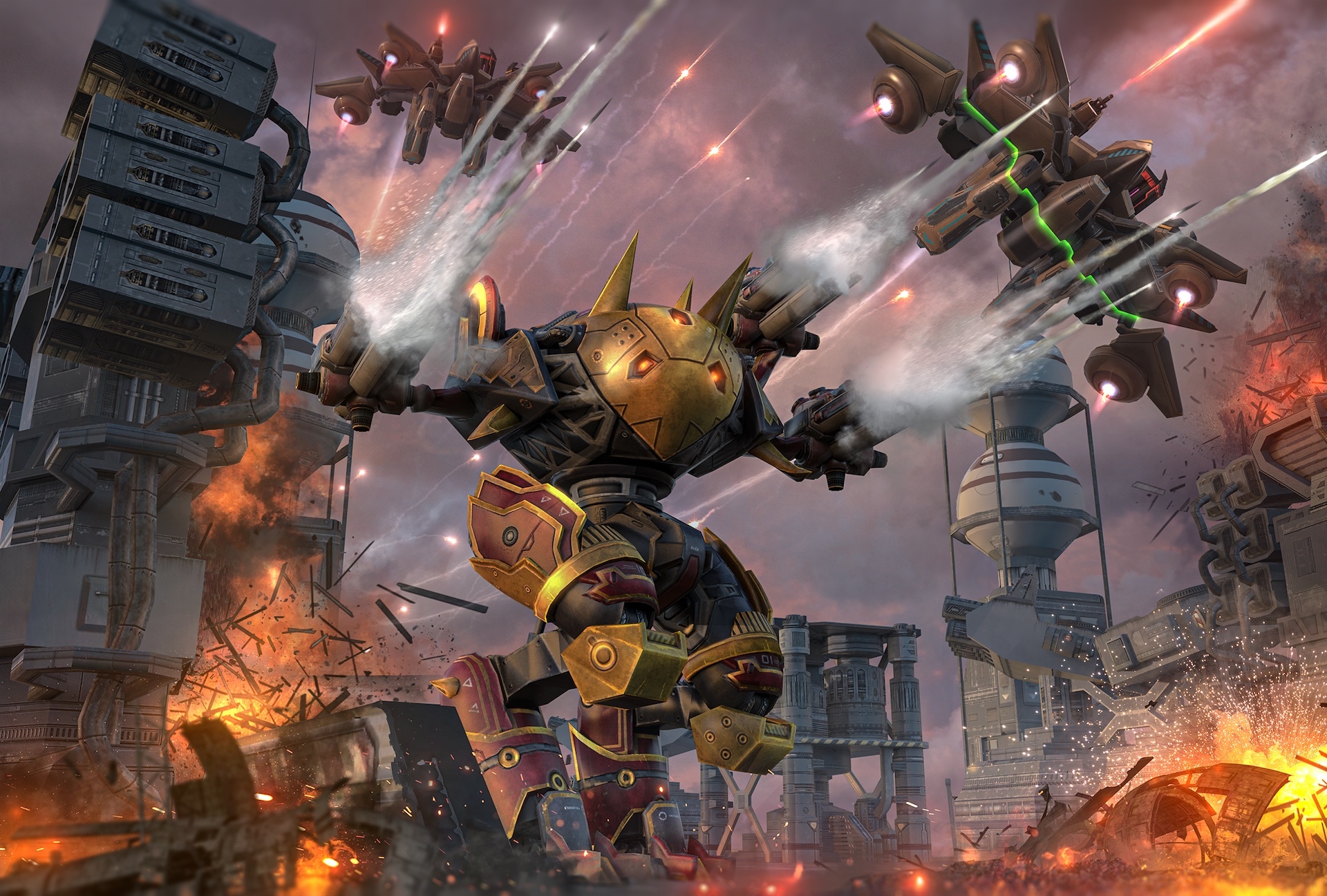 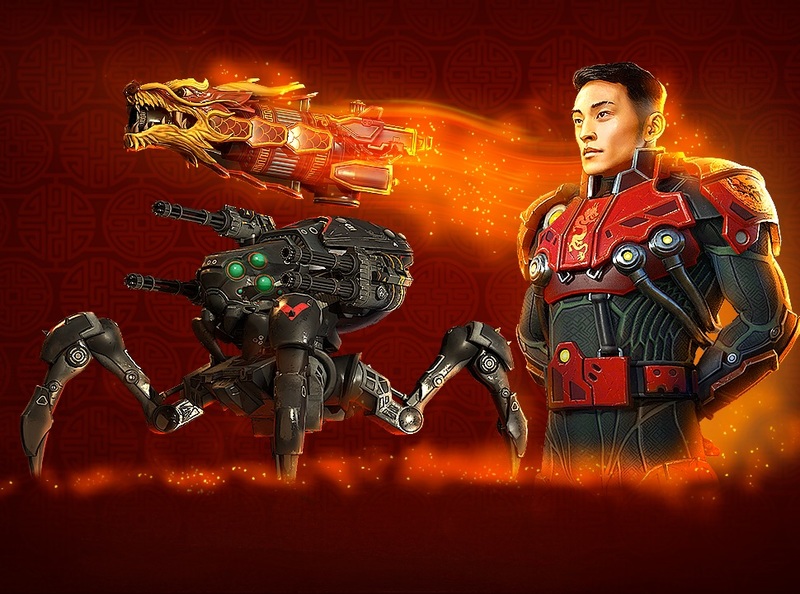 A fast, flying support robot that can repair nearby allies while in flight.

ABILITY: Air Support
Robot takes off and switches from its equipped weapons to a built-in weapon that lowers enemies’ damage. While airborne, the robot is in stealth and repairs itself and nearby allies. 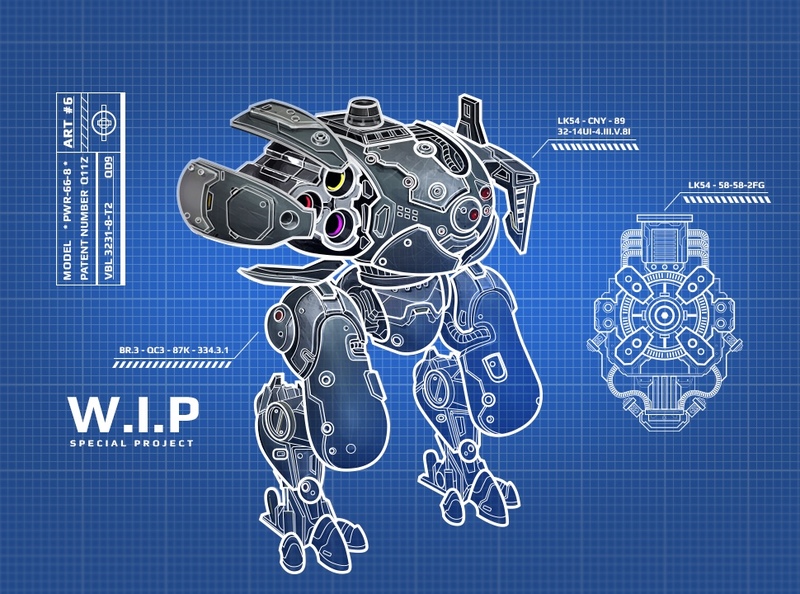 Robot created together with the War Robots Community in 2019.

A fast assault robot that can temporarily neutralize the enemy. Equipped with a unique built-in energy cannon and an Aegis energy shield.

Titans came with built-in modules, although you couldn’t do anything to them up until this point. For now, we aren’t introducing new module mechanics for Titans, as there’s still plenty of new to try and discover. However, in this update we unlock their module menu, allowing you to experiment with existing basic modules.

Also, updated versions both of Reactor and Armor Kit modules are now available. They work exactly like damage and durability modules for regular robots.

Halo, Corona and Glory will now work similarly to cryogenic weapons — meaning, that instead of locking down randomly, they will immobilize the enemy once you land a certain amount of projectiles. This mechanic has proved itself well on Cryo, Glacier and Rime, giving their users a good control over whom and how they freeze, so why shouldn’t this be the case with Lock-down shotties?

As for Shredder and Pulsar (the remaining two lock-down weapons) we might give them the same treatment if things go well for Halo, Corona and Glory.

Corrosion weapons have a very interesting uses (like, say, busting through Leech's ability), but to use them to their full potential you might need to stick to the target for a while. And for that to work, their accuracy leaves a lot to be desired. We're addressing this by reducing Sting and Wasp shot dispersion.

Phase Shift was conceived as a highly situational defensive module. In practice, it took robots out of the fight for too long, which — first — disrupted combat flow and — second — synergised too well with certain abilities. Say, for Leech and Pantheon this module was basically a 5 seconds cut off Repulse/Retribution cooldown, with a nice side-benefit of being able to go into full chill mode. Time to address this.