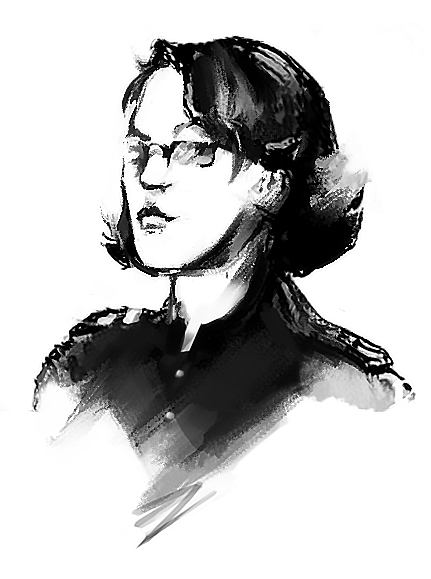 █████ ███ ███ was an outlaw. He had done lots of terrible things, died young and still became a folk hero. Why? I think, he just made enough fuss for people to remember him (that's usually enough).

Using this guy's name is very fitting for what we're doing here. Three hundred years into the future — we're at it again. Making some darn loud fuss!

"Now I am become Death, the destroyer of worlds" — is that what the creator of the atomic bomb said after realizing what he had unleashed? Ha, I doubt the engineer of the first walking robot was thinking anywhere near that! I mean, really, that thing was a joke compared to what we got now. The first mass produced war unit — they named it a ████████. After... what? A horse! A freaking horse!

Anyway, I doubt they were serious about the ███████ ███ becoming anything more tangible than a mere thought experiment — otherwise they would have gave that machine a more poetic name. Like... I don't know, Deathbringer? Or Ultraman?..

Whatever. We've made a long way since then and now we're stepping into very dangerous waters. Will I stop coming this far though? No, dammit, of course not! We've managed to achieve so much... too much to drop this project for any reason.

Okay, gotta finish with the record. Time for my flashy phrase for all the future people to quote. Hm-m-m, what should it be? Oh, I know!

Perfect! Exactly the quote to remember the creator of ███ for — fun, catchy, makes zero sense, I like it! Anyway, wrapping up. ███████ ████, September 17th, 2142. Record over.