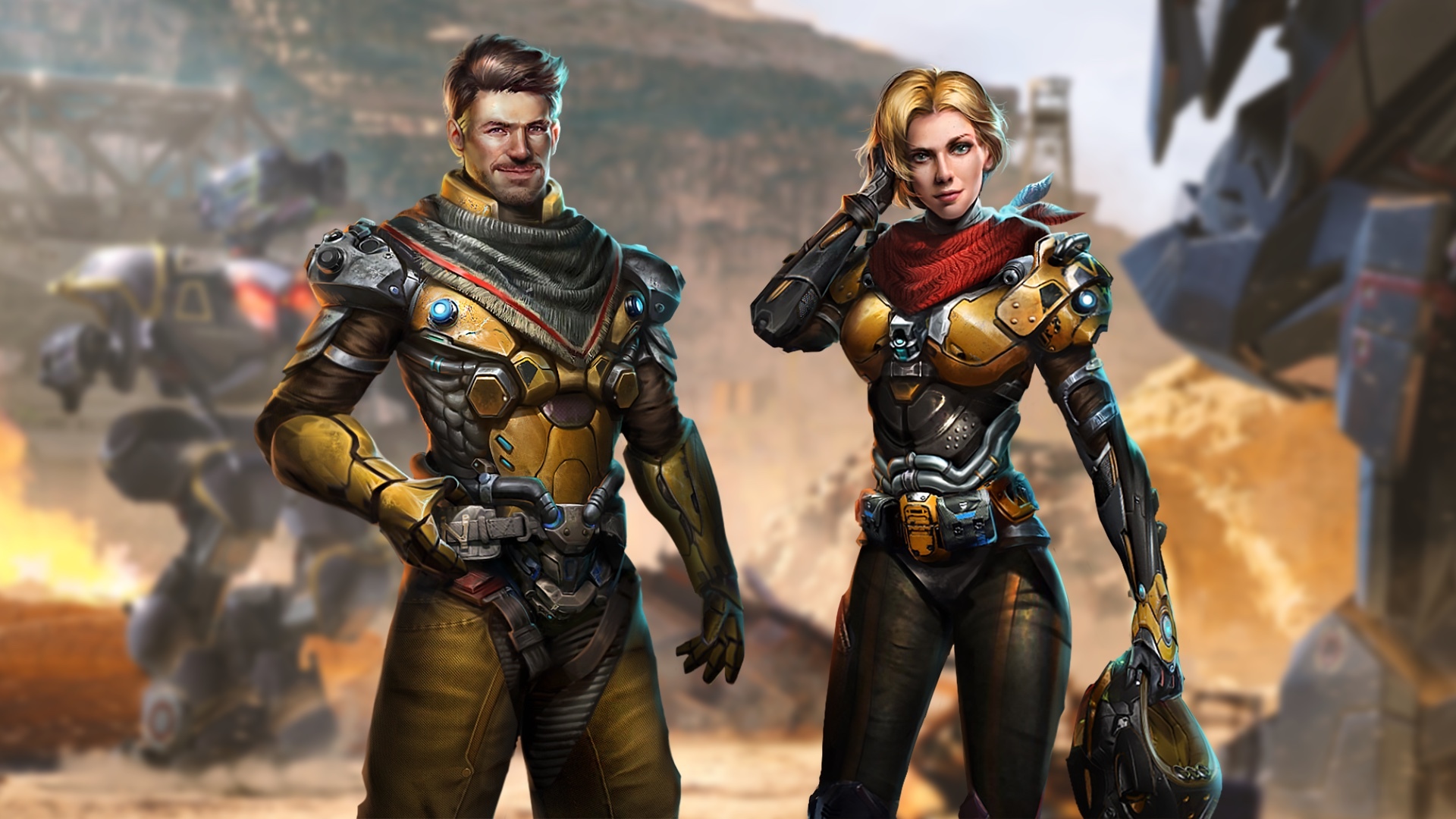 When Cataclysm happened on Earth in 2080s, many refused to leave the planet. One well-known philanthropist, who's name now doesn't matter (people just call him Philantropist nowadays), decided to set himself for a good living there.

With no intentions of ever leaving the place, Philantropist built himself an underground vault and brought inside everything he valued: mostly, art masterpieces and latest engineering achievements. One might argue that the man had entombed himself. Nevertheless, this tomb is now ripe for being discovered.

Linda Cano and Jad Parkes, two daring explorers and experts on Earth's derelict artifacts, are now on their race to the vault. There are two items they find the most intriguing: 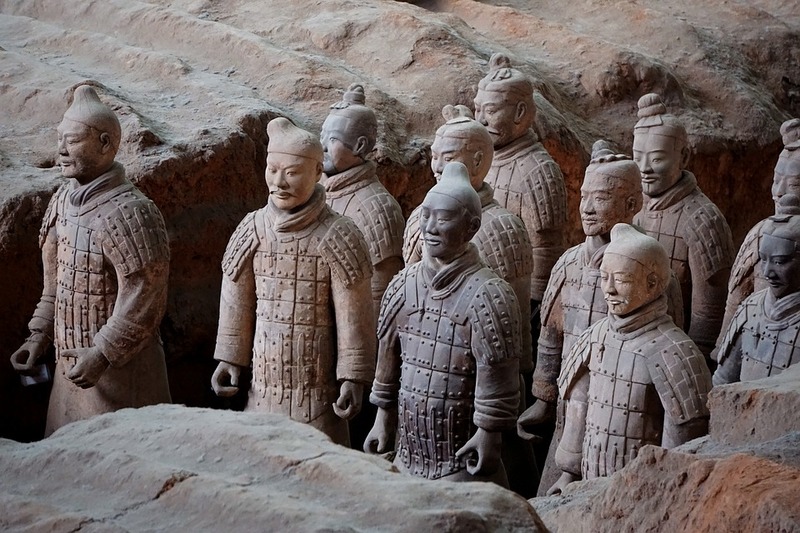 First. The legendary Terracotta Army of Qin Shi Huang that vault's owner got after convincing everyone that he can preserve it. In fact, he did — quite admirably. As our sources tell, by 2142 the Army still hasn't lost a single figure since the Cataclysm 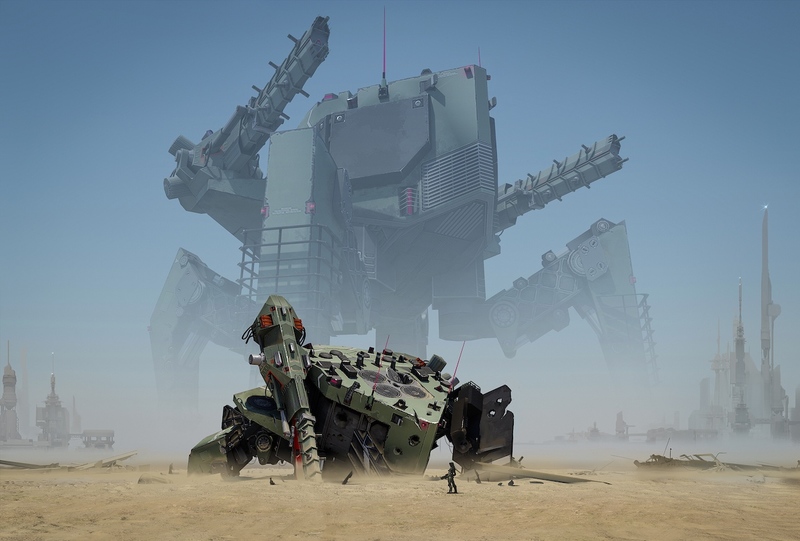 Second, Bastion. One of the few walking robots created before the Cataclysm. It was initially conceived as a construction machine, but the production never went past few prototype builds. Later on, Spacetech engineers used what they learned with Bastion long ago to build Raijin and Fujin

So there are now two treasure hunters — and one vault. Who gets there first takes it all. 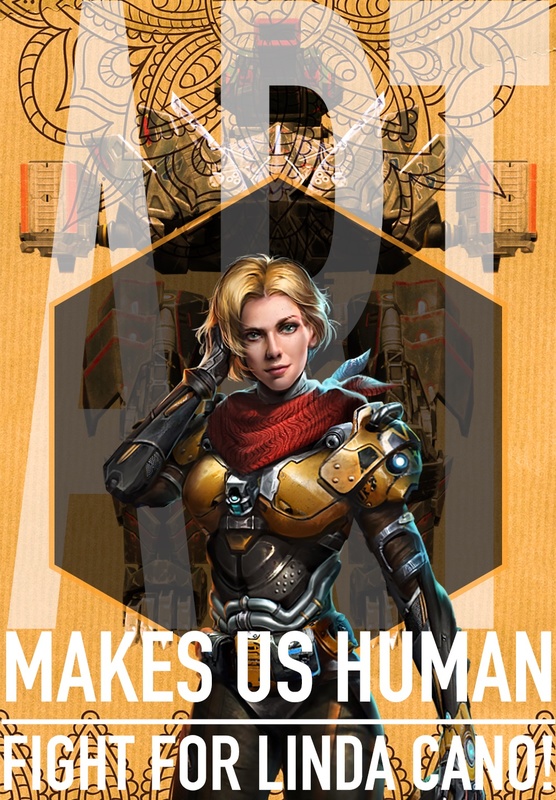 Linda recovers and sells art pieces that were left on Earth after the Cataclysm. The culture of new Martian civilizations is mostly based on old Terran ideas, however little is known of where those ideas come from. Many artifacts that could help unravel that were left on Earth. Old paradigms have been irreversibly transformed under the pressure of harsh planetary conditions and corporate ideologies.

However, once the situation on Mars had settled, the interest towards "ancient" culture rekindled. Recently, robot pilot and explorer Linda Parks has learned about the Vault and started gathering information and resources for her daring expedition.

Jad and the Gadgeteers 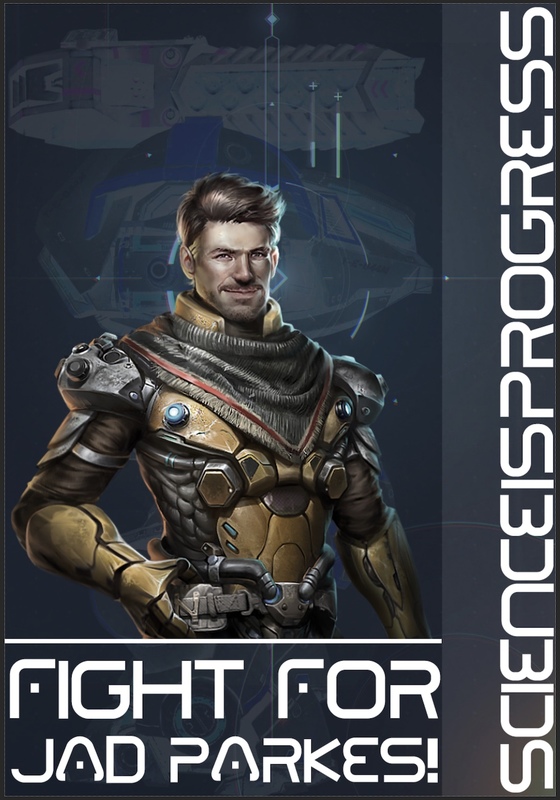 Jad hunts for the old Earth's tech. You might ask: why even care about that scrap when in 2142 the technology is so far ahead? The Terran tech still contains lots of untapped potential both for historians and engineers. When humanity fled from the Earth, a lot had to be left behind — mainly, experimental technologies that were not very useful for survival on a new planet — or just too cumbersome to transport. Bastion, that never had a chance to prove itself in a real assignment, is a good example.

Of course, the Bastion that Jad wants happened to be in the same vault that Linda just found, so he started his own campaign for getting there first.

The conflict between Jad and Linda is not simply personal. It is also ideological in a way.
Art versus technology. Exploration and wonder versus pure pragmatism.

Who is right — Linda or Jad? Which position resonates with you the most?

It's time to figure this out... and convince others to join your cause! Draw the poster that will prove everyone that Lore is more important than Technology. Or that Power beats Knowledge. Or whatever else floats your boat!

"I'm doing my own thing" option (#teamWR) works too. If you are going forge a path of your own — we won't stop you!

The authors of best works from both teams will receive Linda, Jad and their robots — Fenrir and Mercury.

Hop on board — it will be fun!