The War Robots story begins with the Cataclysm that rendered most of the Earth unhabitable by the end of 21st century. Fortunately, five megacorporations had their plan on saving the humanity. Each of them had their own vision of how this should happen.

Eventually, Cataclysm survivors left the planet for the closest place they could settle on, Mars. Each colonization mission found its own way of dealing with harsh martian conditions, which has led to forming of five new, albeit still human, but very different civilizations.

Decades have passed. The year is 2142. Although on Mars it is a time of peace — techically — the old home of humanity became a battleground for bounty hunters and proxy mercenaries. They use war robots as their main tool both for fighting and surviving on the new Earth. The Earth with its abundance of derelict resources and artifacts again draws attention of now-martian civilizations. Up to this moment they have always fostered their own agenda... 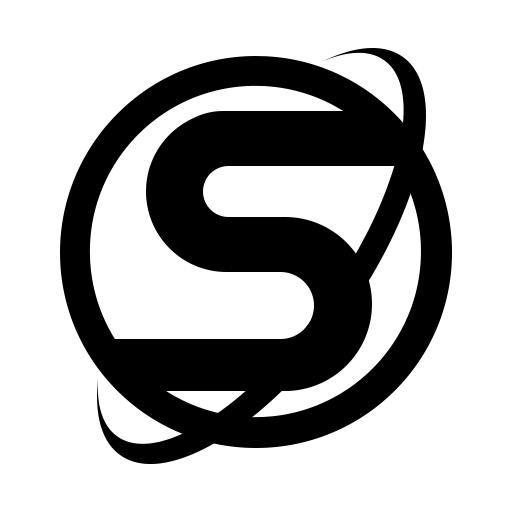 Before the Cataclysm, SpaceTech was one of the major transnational Earth corporations with offices and plants all over the globe. Although their main focus was Space-related technologies, they had branches in fields such as the automotive and aircraft industries, robotics, heavy machinery, and many more.

When the Cataclysm hit, SpaceTech was the first corporation to send its arks to Mars, which gave it several major advantages, such as a good location for their colonies, as well as a healthier and smarter population. For this reason, SpaceTech's society is the most reminiscent of Earth's: its political system is similar to a classic Western democracy, and its economy is one of regulated capitalism.

Since SpaceTech had managed to retain large amounts of resources, it was able to not only establish a normal society on Mars right away, but also continue its scientific research. That was grounded in the fact that SpaceTech arks could be transformed into self-sufficient planet stations, and also in the high percentage of scientists and researchers among the colonists . Space technology remained one of the main fields of study and included improving spaceships, accelerating flights, improving conditions, simplifying mineral extraction on asteroids, etc. Furthermore, SpaceTech began to develop biotechnology in an effort to improve the lives of its colonists. 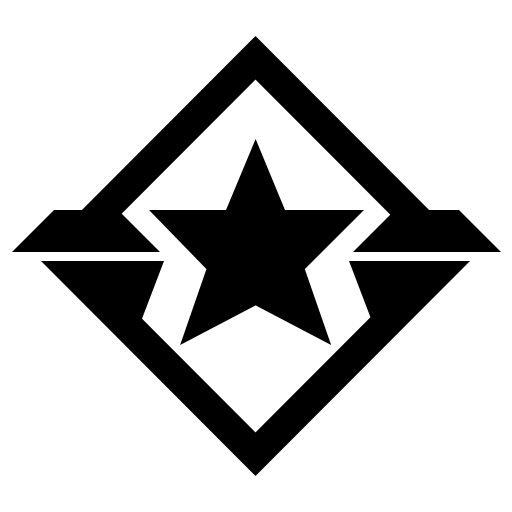 Back on Earth, DSC was the leader on the global security and private military markets. They provided a wide range of services on all continents, and even in orbit, from private and corporate security to surveillance and data tracking. DSC also had control over a variety of military industries that produced all the equipment and ammo used by its agents.

Although DSC was the second corporation to evacuate Earth, the journey to Mars was not an easy one. A mutiny broke out on one of the DSC arks as a result of the cramped conditions, forced labor, and rationed food. The mutiny spurred the DSC leadership, which had already imposed fairly strict rule on its arks, to establish a truly militarized society with iron discipline and rigid totalitarian control over the colonists' behavior.

This regime persisted. The DSC colonies consist of enormous militarized cities beneath impenetrable energy domes. Travel between cities is highly restricted and the domes’ exits are closely monitored. To leave the colony, one needs permission from a special agency called the Oversight Committee. The Committee oversees not just the colonists' movement, but all aspects of their lives: what they do, their resource consumption, who they communicate with, what their interests are, and many other things.

DSC also features obligatory conscription. Both men and women serve for two years, after which recruits may be offered a permanent position in the army. The DSC army serves more of a bureaucratic function. The majority of military personnel are engaged in administrative work, as well as law enforcement and emergency response. Essentially, the DSC is a prime example of a strictly totalitarian society. 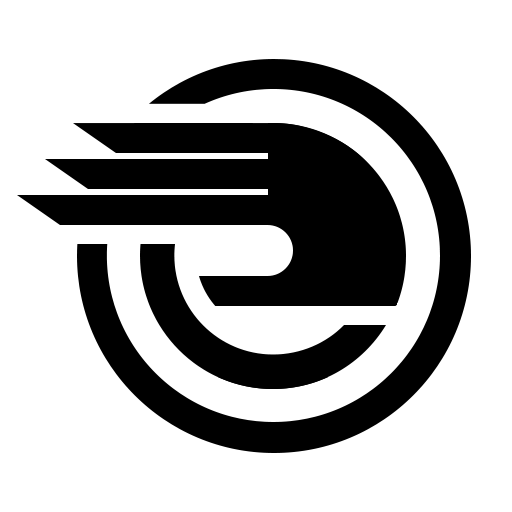 Icarus Technologies was once the first name that came to mind when talking about robotics, telecommunications, and computer technologies. It was the company responsible for most of the robots and AIs used in all spheres, from heavy industry to day-to-day life.

Yet the exodus to Mars hit them hard. They arrived on Mars a whole year too late, after all the good territories had already come under the control of either DSC or SpaceTech, and so Icarus Technologies colonists were forced to settle in an area near the south pole of Mars with its harsh climate and long polar nights.

Icarus settlements are small and spread out quite far from one another, and due to the harsh weather conditions, travelling between colonies is extremely difficult. That’s why the average resident of an Icarus Technologies colony spends most of their life in virtual reality. It is impossible to function in this society without access to the SolNetwork and virtual reality. All Icarus citizens above the age of 15 are equipped with the necessary augmentation to function in VR. Other types of implants and augmentations are also commonplace.

Icarus Technologies' society is very decentralized. Each commune, which is made up of one autonomous settlement, allocates its own tasks, oversees procedures, distributes resources, and manages other internal affairs. The central governance, which essentially consists of the authorities of the largest settlement, an outgrowth of Icarus Technologies' original leadership, occupies itself with distributing resources imported from outside Icarus and between communes, as well as maintaining the SolNetwork and defending the colony's outer borders. Each commune must designate a specific quota of people to work in the center. 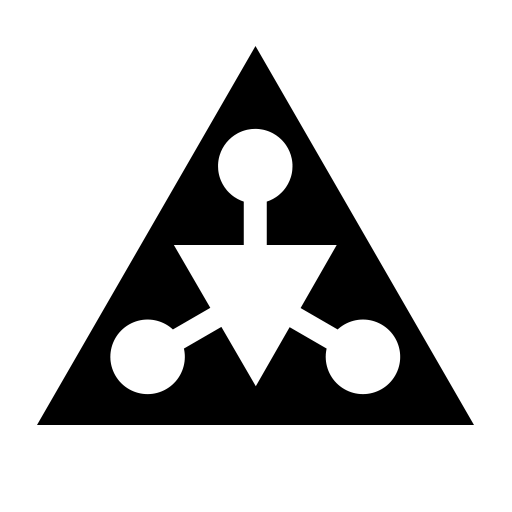 “Evolution is EvoLife” — that was the company's slogan back in the day. EvoLife and its subsidiaries were the acknowledged leader of the biotechnology, genetic engineering, high-tech farming, and chemical industries. The company’s labs conducted groundbreaking research in genetics and biology, and many of those inventions were soon put into mass production.

When the Cataclysm hit, EvoLife took a different path than all other colonies. They sent just a small group of pioneers to Mars to establish a colony, while creating Sanctuaries on Earth where people could live, safe from the Cataclysm's repercussions. Later they placed all the Sanctuary inhabitants on arks and evacuated them to a cave system deep in the Noctis Labyrinthus, where bearable living conditions had already been prepared for them.

On Mars, EvoLife scientists developed biotechnology to promote beneficial mutations in the human body. For this reason, many representatives of this faction, especially the younger generation, have obvious physical differences compared to the people who we are used to seeing. The mutations can vary greatly from person to person, since EvoLife's biotechnologists have invented many methods of altering people to meet different societal needs.

This is due to EvoLife’s Initiation System. Special agencies strive to place every person in the profession that best suits them, and genetics and biotechnology adapt their body according to the demands of the job. Generally speaking, EvoLife society is slowly but surely becoming like a beehive, where everyone does their assigned work and is physically incapable of doing any other job. Much of the population is happy with this arrangement, although there are those who rebel against it. Rebels usually end up being exiled from the colony and marked as antisocial elements. 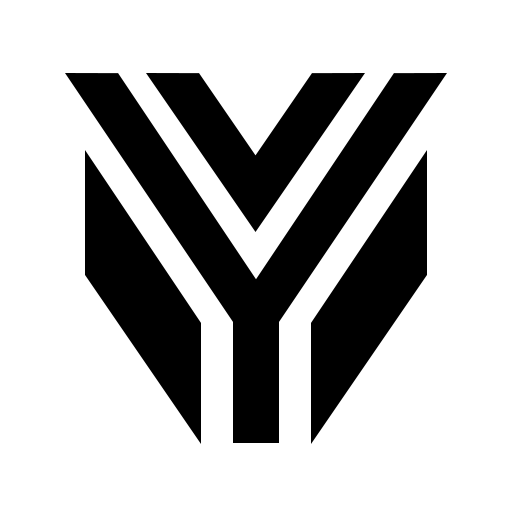 Yan-di Ventures is a finance and energy conglomerate. Back on Earth, their main focus was the financial market, where the company utterly dominated. But they also invested heavily into cutting-edge energy research, which paid off. When the Cataclysm hit, they created the Yan-di Station, which was both an ark and an orbital station. Instead of landing on Mars and fighting for the scarce territory there, the Yan-di Board decided to stay in space on the Station, orbiting the Red Planet.

The key to Yan-di Ventures’ survival is its monopoly over the most effective energy production technology to date. The technology is stored in utmost secrecy, and Yan-di Ventures agents do everything they can to prevent leaks. The process itself is managed by the Board of Directors, a committee consisting of Yan-di's richest and most powerful families, who were the backbone of this organization even on Earth.

The society of the Yan-di Ventures colony is one of unfettered capitalism, where everything can be bought and sold. Those who have not succeeded in this system become service workers for those who have gotten lucky. In essence, the colony developed a system somewhere between serfdom and slavery: wealthy and prosperous families have numerous disenfranchised servants who do all the dirty work for them and, at best, receive food in return. Because of this practice, there are frequent rebellions, and the disadvantaged class known as the Plebs try to depose their owners and take their place. Sometimes these rebellions even succeed, but this is not considered unnatural, since keeping one's servants in line is considered their owner's personal responsibility.

Because the wealthy people of Yan-di Ventures have quite a lot of free time, they have various forms of entertainment, such as balls, theatres, and robot races. And, since their social life is an important part of their lifestyle, fashion and status symbols are also prevalent."