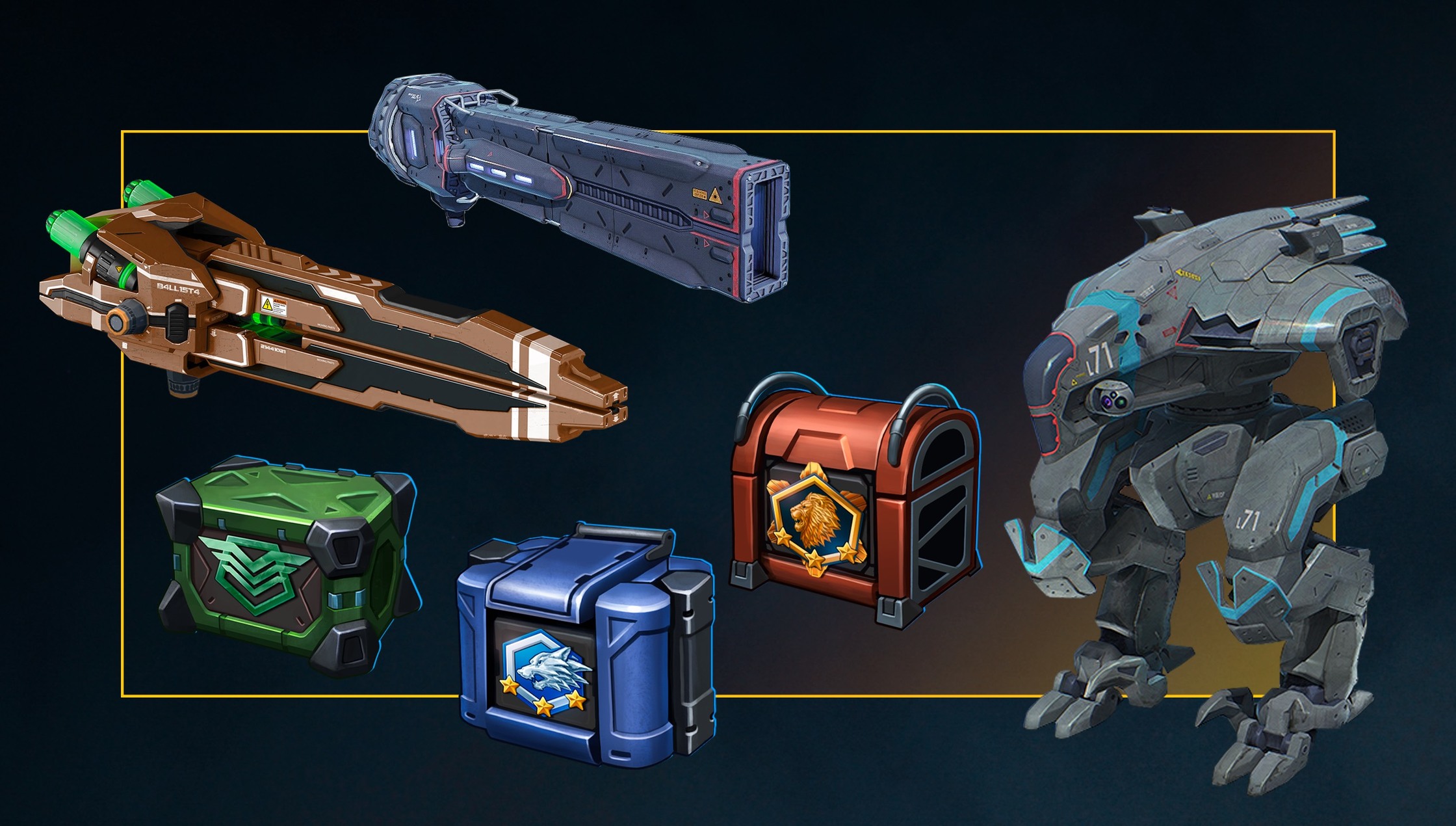 This year started with the release of Supply Drops and Battle Rewards, which allowed everyone to get free equipment faster and easier — but that was only the first step at overhauling War Robots economics.

What’s next? First, we bring you fresher rewards and rehash older systems to clean things up and make everything click together better. Both these goals come along nicely with changes we already had planned for WR Royale and Black Market before.

Let’s go through everything we have prepared for 3.8 Due to technical issues, we had to switch Dream Squad system off (along with Influence-related tasks). We have a couple of ideas on what to do with them in the future, but for now we’re making Jesse, Doc and Butch available for Gold without any hassle and for a lower price.

We’re adding WR Royale tokens so you could use them instead of gold for all actions there. That allows you to buy out whole boards without worrying about gold that you could use somewhere else.

You receive tokens from many sources — mainly, from Black Market and Battle Rewards. Speaking of which... We’re rearranging the Black Market assortment to give you better control over what you get. Bronze chests are focused on basic equipment (ye olde Griffins and Leos), Silver bring you mid-to-high tier items (Lancelot-Hover level) and Gold and Superchest are almost exclusively about latest and hottest stuff (Haechi and onwards). Keys can be found in Bronze and Silver chests only.

Note: WR Royale tokens will be available in chests right after the start of the event on May.

With that in mind, you might want to get more Silver- and Gold-level chests on higher levels — and we’ve got that covered too. Starting with 3.8 you’ll be receiving more keys from all sources (more below).

Updated: due to the greater value of Superchest, reaching it will take slightly more resources than before. Increased amounts of Keys in Supply Drops (see below) should compensate for that.

In 3.8 Supply Drops will be bringing you:

As we make Black Market more predictable, Supply Drops seemed like the best way to give you more keys so you could take full advantage of the changes. In the first round of Battle Rewards we gave away Tempest. It is a strong weapon by itself… but is it fun enough to fight for it over the course of the whole month? Wouldn’t it be better if Battle Rewards had something more… fresh?

Sounds reasonable. But how far into “fresh” we can go?

Right answer: as fresh as it gets. Once 3.8 hits, you’ll start receiving pieces of brand new Ballista, Flux, and Raven from your Battle Rewards along with significant amounts of WR Royale tokens.