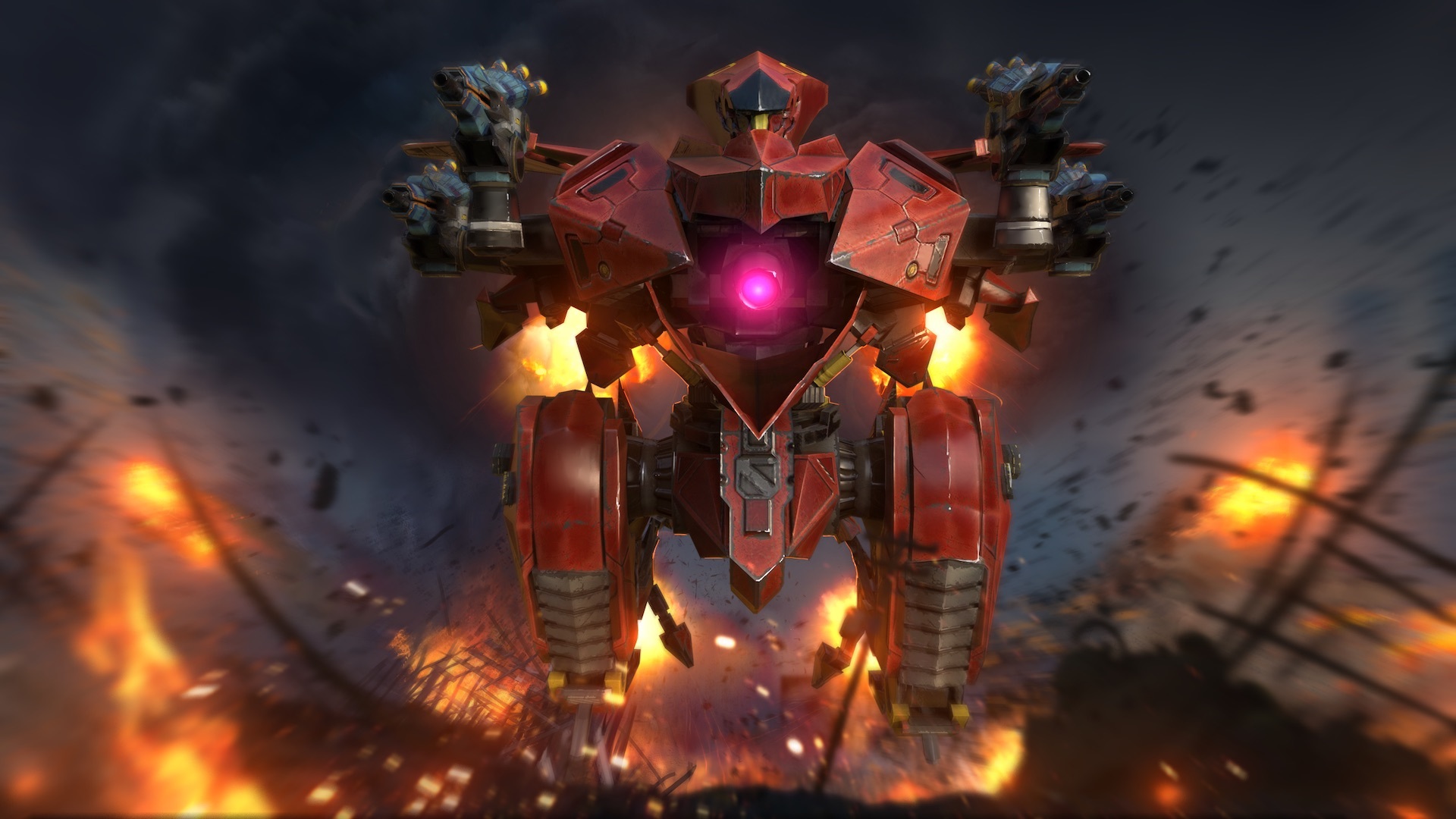 Once the event starts, you'll start receiving new tasks. By completing them, you receive special coins that you can spend in the Hongbao Lottery.
From the lottery you get new robots, new weapons, and other prizes.

This time we split new robots into three categories by their power and price. This way even newer pilots can see the new mechanic in action.

New flying robots will be available during the event in the Hongbao lottery. Once it concludes, they will appear in the store as well as in the Black Market.

We already have paint jobs for robots... but why not for weapons?

The Dragon Fire weapon pack is our first experiment with alternative weapon visuals. Three news guns — Blaze (light Ember), Marquess (light Dragoon), Calamity (heavy Scourge). All three will be available exclusively during the event in Hongbao Lottery. After the event is over, they will be gone.

When Blaze, Marquess, and Calamity will return, they will have a regular look. When this will happen? Follow the news!