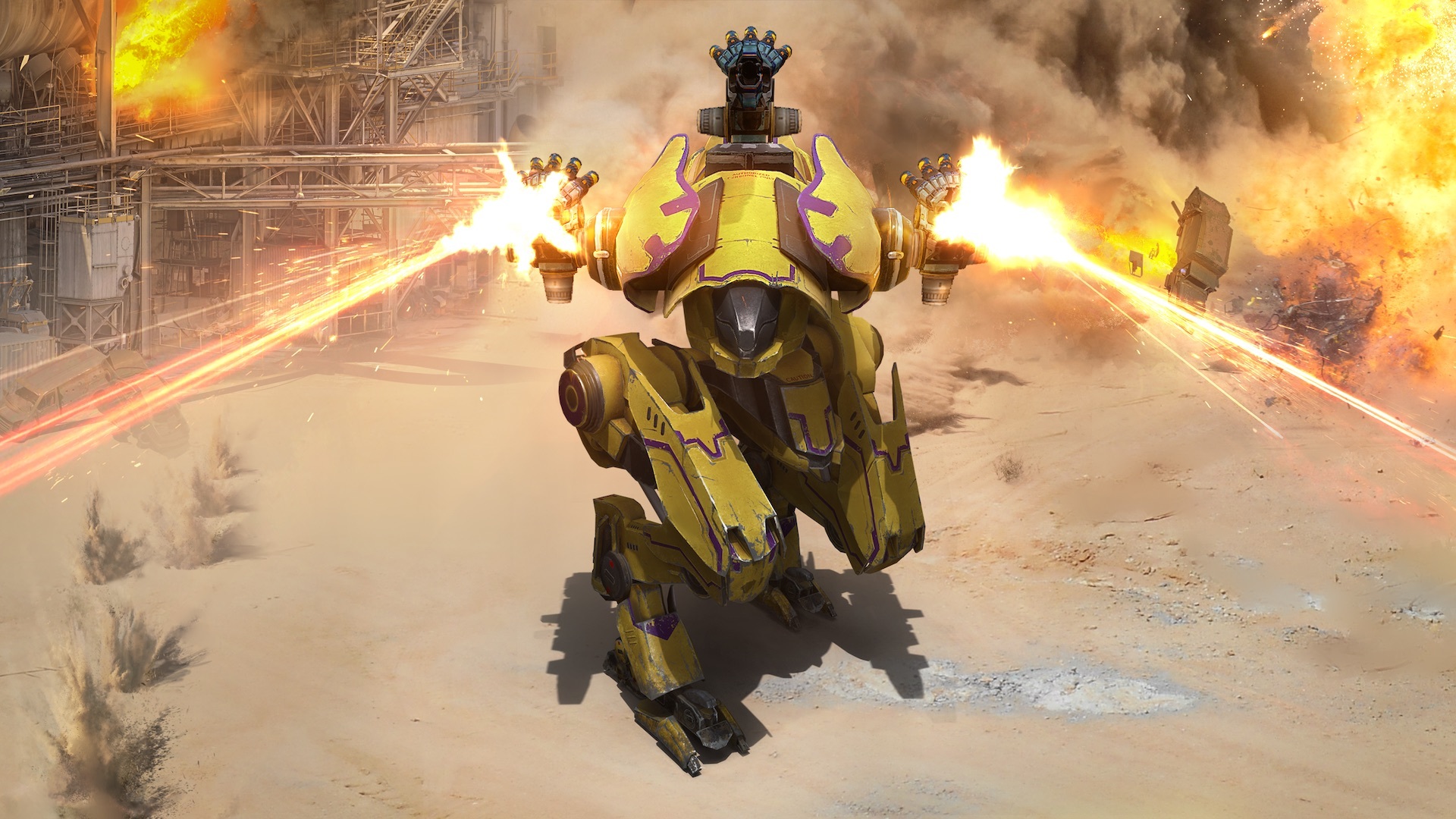 "We got the beacon. Where next Rogers?"

As other cadets were busy blowing up their first real robots, Kyle Rogers stopped paying attention for a moment. That was the first time he saw the Martian wasteland as it is, without any signs of the new civilization. Rocky slopes, bright red sands — nothing else, for many miles around. Just...

"Kyle, wake up! Mick and Arona are taking B!"

Rogers flinched and checked the map for the first time. Opponents did a great job securing the flanks, the time was short. A couple minutes more, and they'll have to rely on a wonder to win.

Get a grip Rogers. "Ragna! Center!"

That was all Ragna needed to hear. Flashing neon, her training Bolt dashed towards the beacon.

"Keep pushing!" — Ragna blew a weapon off a Golem that was corner-shooting ecstatically. Its pilot didn't even notice them, so Rogers landed nearby and bursted it down. Dust settled, the cabin got lit bright blue.

They made it! Kyle exhaled and shot the rest of the mag into a wall. Just as he was taught.

Once all weapons went on reload, a shadow went over Rogers. Arona noticed their little maneuver a while ago, but only now her lumbering Natasha crawled up to the hill above.

Heavy hull, four guns, five layers of patchy armor (all training robots were rebuilt from the wreckage over and over, the process is well optimized at the training facilities). Explosion, ejection — Rogers got pushed heavy into the seat. Even here, with Martian gravity and practice equipment, for most cadets it takes a while to recover from catapulting.

...Sharp whistle. Engine roar? Or… eagle? There are no eagles on Mars, but Rogers saw them on library recordings. "Nice, someone's got a bird!" — Rogers grinned, despite almost passing out.

The next he saw on the dashboard was a Griffin diving in front of Arona and pushing her away. Rogers never knew Griffin's pilot personally, but heard of their achievements quite often. "Gotta meet him after training… or "her"?" — Rogers made a mental check and looked at the map again.

As always, there was nothing to worry about. The team had everything under control.