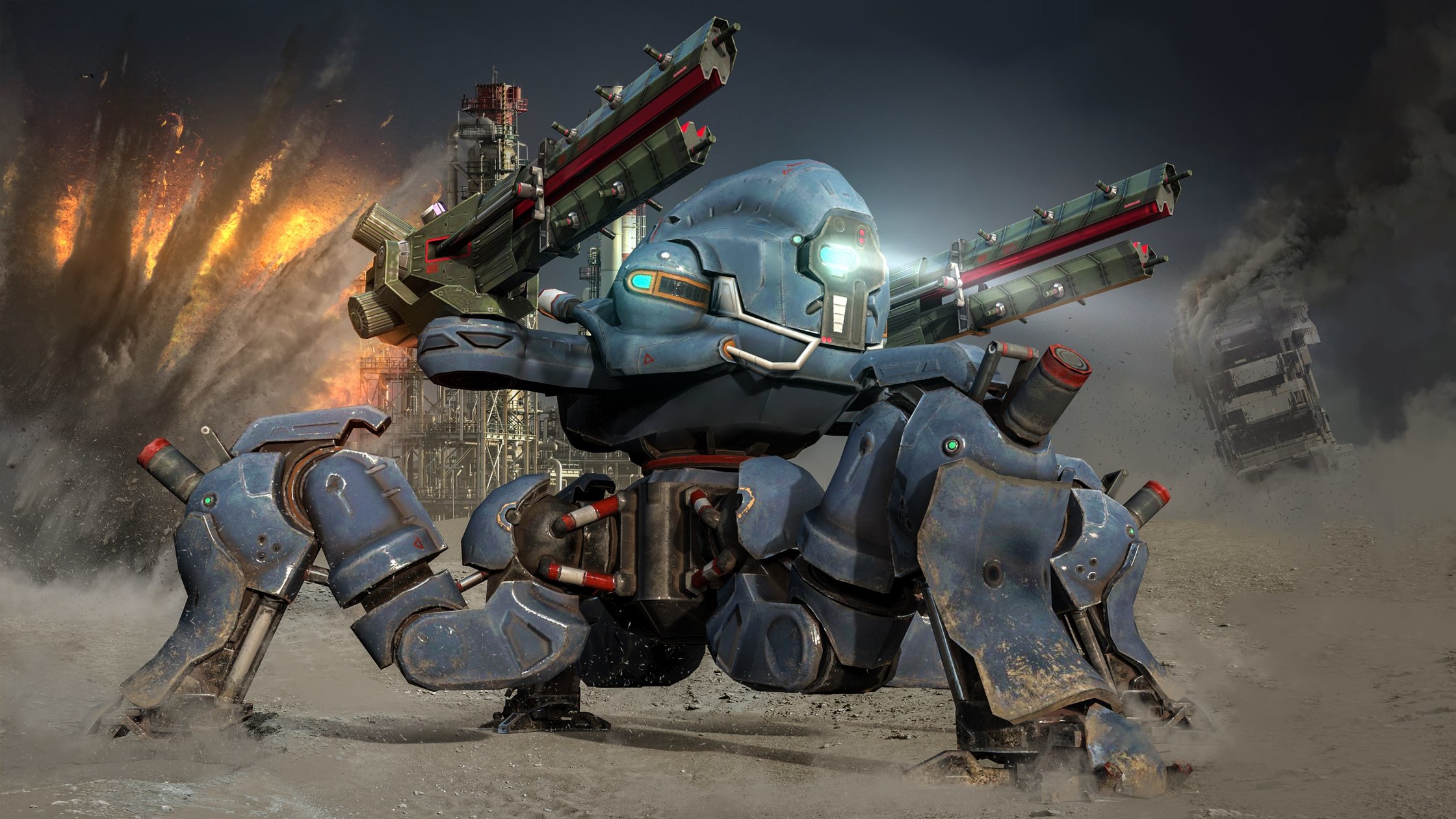 In War Robots 4.3, we're doing a big Balance Update. Approaching this, we drew on some of your comments:

We have strived to fix each of these points in this update. The main changes are described in this four-minute video.

If you want to know absolutely everything about the rebalance, keep reading! The changes are categorized by the type of equipment that they affect.

Note: all numbers are for level 12 Mk1 robots and weapons.

Let's start with the changes in heavy robots. 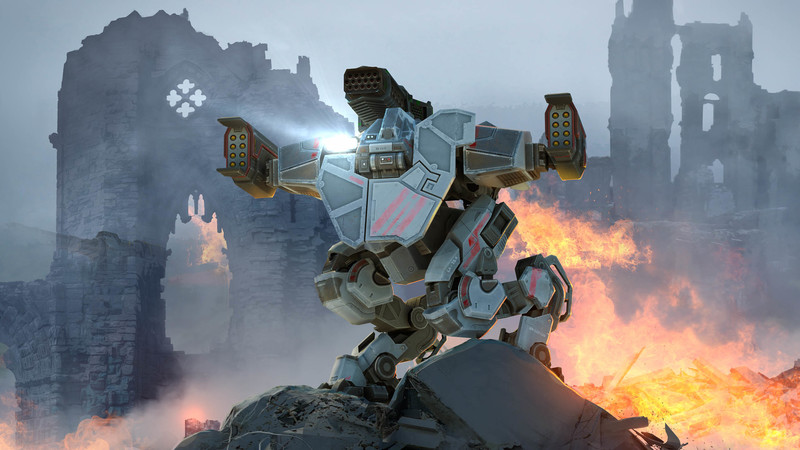 As of late, slow and powerful robots with heavy weaponry have lost their charm. Their defense no longer seems impenetrable, and the damage from a couple of heavy guns was not much more than medium ones. Low speed is just an inconvenience.

In this update, we want to once again make room on the battlefield for robots like Fury, Lancelot, and Bulwark. To this end, we're introducing the following changes:

1. We're increasing the mobility of a variety of heavy robots

Previously, robots' mobility was determined by their weight. But this was back when the only super mobile robots were Griffin and Rogatka. Since then, the game has evolved, and now a robot's mobility is determined not by its base speed, but by its additional abilities. In this situation, robots without abilities that provide additional mobility simply cannot keep up with the fight. And we want to fix that.

2. We're increasing the durability of a variety of robots, plus the strength of defensive items (Ecu and Ancile)

This will allow heavy robots to remain in the battle longer.

3. We're increasing the power of most heavy weaponry

The majority of robots with heavy weapons have a total of 1-2 heavy slots and low mobility. We are compensating for this with the damage that they can inflict on an opponent if the opponent risks a frontal attack.

We'll talk about the biggest changes in more detail.

This update is the perfect way to return Falcon to its original design and give it two more heavy slots.

Falcon offers a style of gameplay that is unique in War Robots. It comes with high risk and high reward. Its ability, in contrast to many other robots, makes it vulnerable, yet gives it great power. This robot is excellent for thrill-seekers.

Note: after the update, medium guns equipped on Falcon will end up in storage, and standard Thunders will appear in their place.

The changes to Bulwark look radical, but it was far from the best of the strong robots. The Aegis shield didn't turn out to be quite as effective as we expected. It defends against any type of damage, but this advantage is a double-edged sword. This shield even receives shots that would have flown by!

For Lancelot with Ancile incoming damage is distributed across two shields. In contrary, Aegis receives all the damage by itself and gets depleted too quickly. In addition, Ancile recovers continuously, but Aegis only recovers when it's off.

In view of this, we are increasing the durability of Aegis and decreasing its recovery time.

The remaining changes are related to the general theme of this update: increasing durability and mobility for vanguard robots.

Lancelot had issues with its special shield construction. It is divided into three independent plates, but the main damage is usually concentrated on the center one. As soon as that broke, the two remaining shields didn't provide very good defense. So we increased the durability of the center shield almost by half.

We increased Lancelot's mobility using not its base speed, but its ability recharge, in order to emphasize its nature.

Other Changes: Heavy Weaponry and Shields 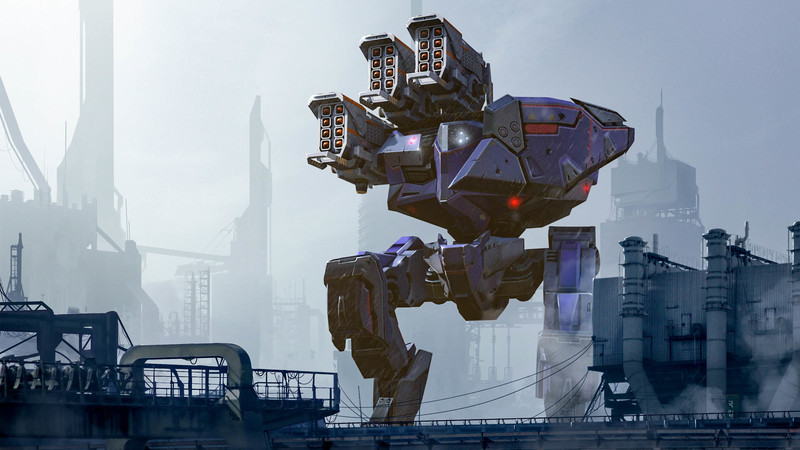 Included in this category are Spectre, Haechi, and Bulgasari. They inflict a lot of damage and have good defense and mobility. We retained their characteristics, but now they must be put into action more carefully.

Spectre has 4 medium slots. This allows it to inflict a lot of damage while under stealth protection.

When used well, Spectre ought to be effective due to the element of surprise, not endless invisibility. We wanted to reduce the stealth duration so that Spectre must monitor the situation more carefully and evaluate whether it will be able to get away before jumping into a crowd.

By changing Haechi, we were motivated by similar considerations: to get the most out of this robot, the pilot must handle both its shield and its mobility masterfully.

The durability of Bulgasari's shield is comparable with Lancelot with much greater mobility. We originally did not intend for the side shield to work for defending and shooting at the same time, but Bulgasari pilots started to get around this limitation by choosing weapons with instant damage (Orkan, Shocktrain).

We want Bulgasari to retain its defensive potential, but in doing so, it can't recklessly push forward through concentrated fire. We are weakening its shield to place greater emphasis on skillful maneuvering. 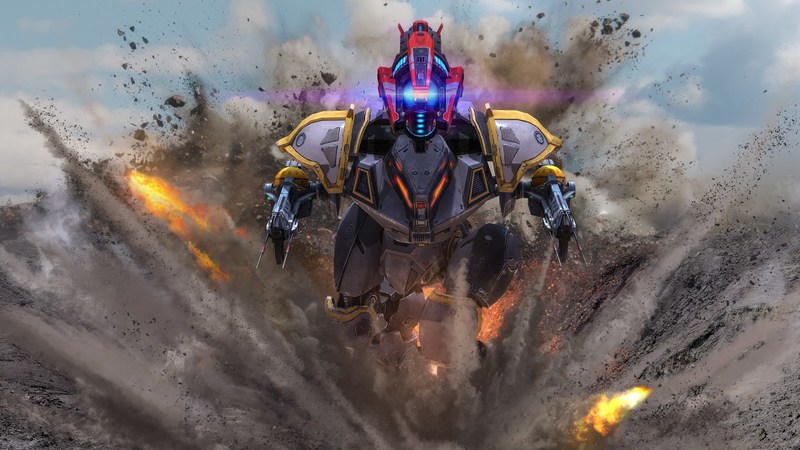 This category includes Mercury and Hellburner. These robots require special skill: although their strength isn't obvious, in capable hands they can create chaos in enemy ranks. In the update, we wanted to highlight this by strengthening their abilities.

In addition, Mercury's stealth duration was not long enough. In contrast to its brothers Spectre and Inquisitor, Mercury must end its flight early. This reduces the time that its stealth is active while simultaneously leaving it defenseless in the middle of enemies.

Mercury simply did not have the ability to hide, so we strengthened its stealth. 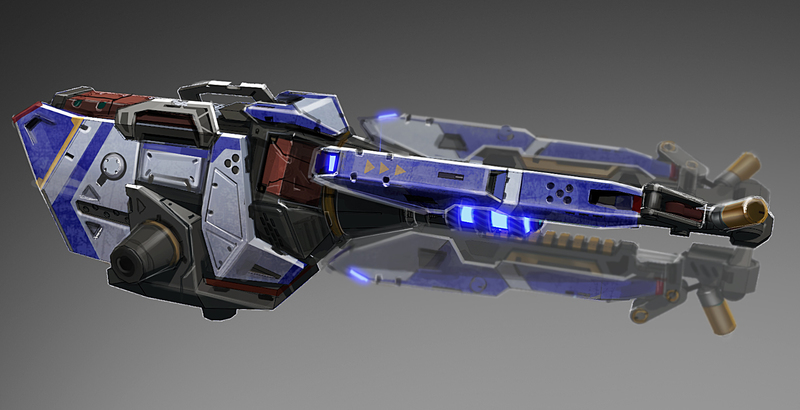 To crush heavy Lancelots on your own, you need heavy guns... at least, that's how it was always intended. But recently medium guns had also begun to handle this job fairly well, including through Spectre, Haechi, and Bulgasari.

With these changes, medium guns are still effective, but not enough to instantly dispose of any opponent in an equal battle. When battling heavy robots, you'll need either special skill or the help of your partners.

First, we are decreasing the stats of Shocktrain and Scourge. Until now, they have completely dominated high-level builds thanks to their universality, high damage, and minimal risk when used.

Shocktrain is an especially interesting case. By design, this is a weapon of mass destruction, but until now it was too good on its own, even without considering the damage from chain lightning.

Orkan and Taran have long been among the most popular guns in the game, but that's no surprise: they inflict a whole lot of damage very quickly. We wanted using both these guns to require more skill and a better assessment of the situation on the battlefield.

But although we are weakening them, the changes are not as radical as they may seem.

That's enough to destroy the following in 3 seconds:

(add ignoring physical shields to this!)

After the update, 4 Orkan will inflict 253000 damage in 4.5 seconds. This will still be enough to kill Leo or Fury (but only 2.5 Schutze). But now you'll have to aim more accurately, and they'll have a little more time to react.

There's also good news: this all means nothing if you don't seize the moment to attack an enemy who's been left defenseless. 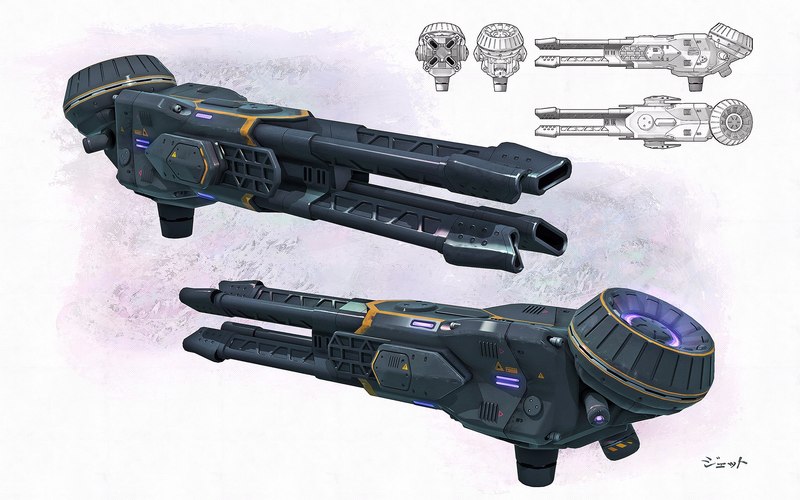 Longer-range weapons — both Molots, Pulsar, Tempest, and Nashorn — inflict more damage so they can make a more meaningful contribution to the fight from a safe distance and support teammates.

For a while, Ballista and Arbalest occupied a position between Gekko and Trebuchet without the advantages of either one. Now we're bringing these guns closer to the Kang Dae, which has a proven track record. The damage per shot has been reduced, but the guns shoot significantly more often. 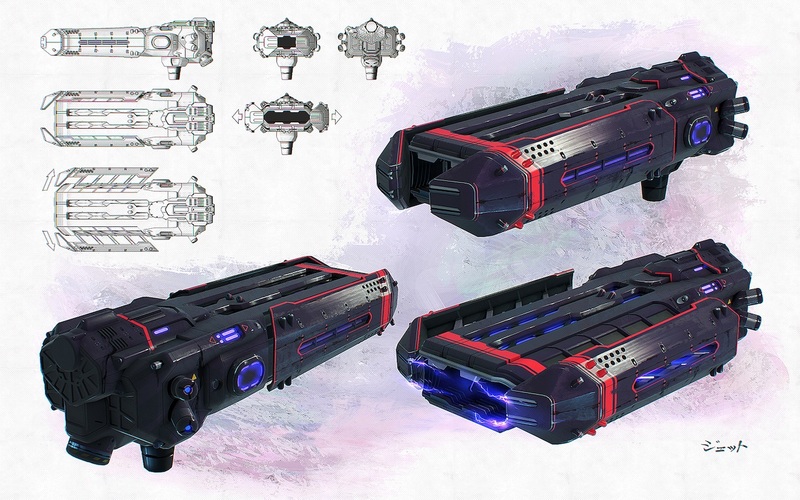 Shotguns for medium slots have one problem: the robots that they are suited for either don't get close to the target quickly enough, or don't survive long enough. To compensate for this, we are increasing the damage of the medium guns Corona and Storm.

The light guns Spark, Gust, and Shredder have been rebalanced to make them well-matched alternatives.

Lock-down shotguns have become more powerful. Their numbers look scary, but actually they have an unusual shooting profile, and it's more difficult to use them to get the most out of them. 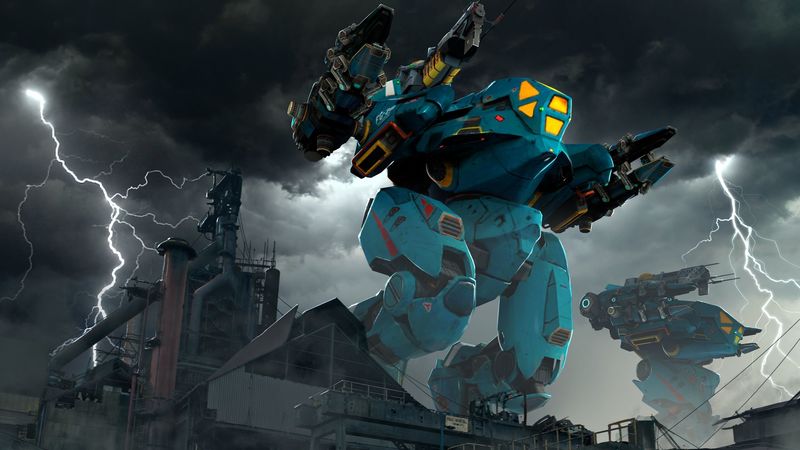 Did you read this all the way to the end? Amazing!

And now, go try out the new balance in action — and tell us about your experiences. We will be closely monitoring the updated equipment and fine-tuning stats according to your feedback and our statistics.

See you on the battlefield!