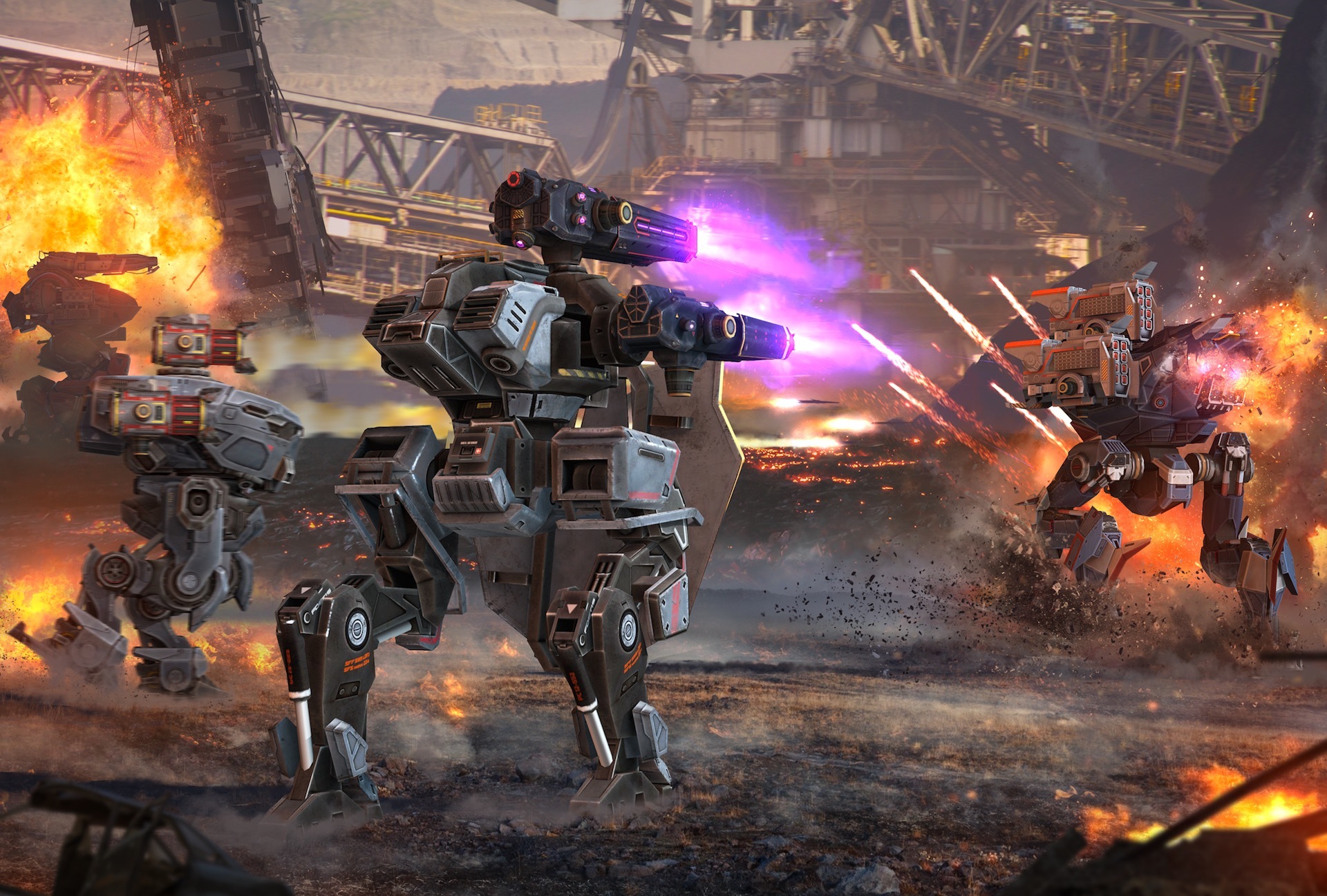 For this Saturday we prepared an updated Trident (details in the group) as well as Rayker, Blitz and Invader we announced last week. This time — with balance tweaks and proper visual effects.

Sunday is reserved for a huge experiment. Every robot will receive a new damage resistance stat. For each damage type (kinetic, explosive, energy) there's a separate resistance number. The higher it is, the less damage of that type a robot receives.

Weapons, in their turn, will get a resistance penetration stat. It allows the weapon to bypass part of the resistance and deal more damage to resistant targets.

Why we test this mechanic in a first place?

Old robots get a new job

Let's compare Golem and Inquisitor. Both have a similar amount of HP, similar slot composition — but Inquisitor also has its Descend ability, which leaves Golem no chance in a fair fight.

To balance this out, we give Golem bigger resists. With them, Golem can thrive in situations which were troublesome to it before.

With resists picking a robot is less about the arms race, and more about making a tactical decision.

For example, Hellburner's hull should withstand a lot of explosive damage to not get killed by its own bombs. Maybe this is not the strongest robot overall, but it can put up a great fight against Orkan bullies.

Working in team, you can effectively exploit strengths of your teammates and cover their weaknesses. They are more prominent when resists are around. See someone with weapons you are well protected against? Cover your allies — they'll be grateful!

We'll tell (and show!) you more about resistances in the upcoming weeks — but first, try them in action and tell us how it felt. Do they make War Robots better? What would you change?

In this sheet, we gathered the preliminary data on resistance/penetration stats of all equipment on the test server. Keep in mind that the system comes to the test server at a very early stage and a lot is still subject to change. Still, you can try it!

So, this Sunday. Test server. Let's do this.