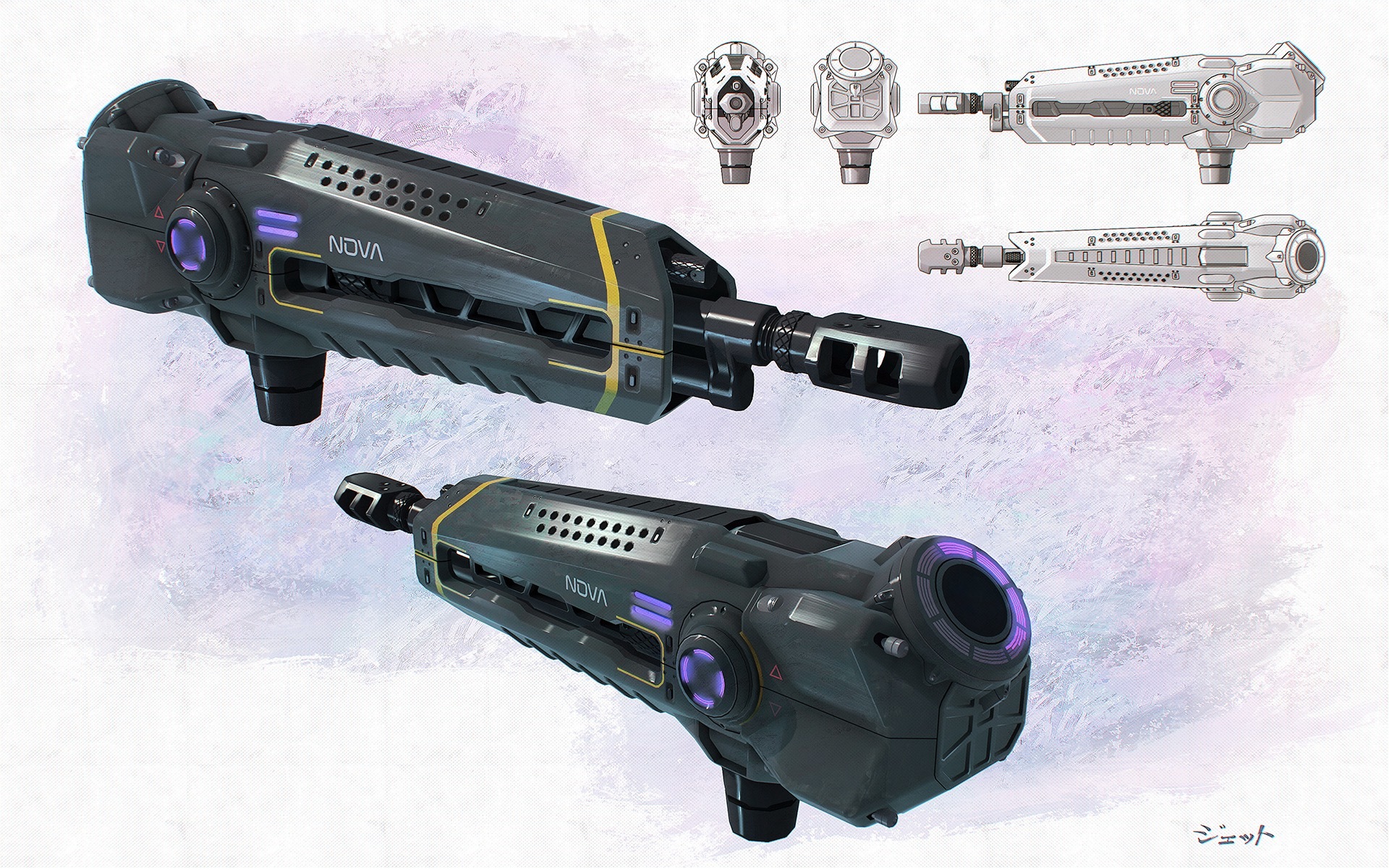 Back in 1990 — way back, when Ol’ Pappy was still a Young Pappy — a new rap song hit the airwaves in America, with lyrics that cut like knives.

Will it ever stop?
Yo, I don't know
Turn off the lights and I'll glow

To the extreme, I rock a mic like a vandal
Light up a stage and wax a chump like a candle

The song was Ice, Ice Baby by Vanilla Ice. Even though this tune was written nearly thirty years ago, Vanilla Ice must have been psychic, because he was clearly rapping about the new Pulsar and Shredder weapons that were recently introduced into War Robots.

Surely, when he rhymed, “Ice is back with my brand-new invention … Something grabs a hold of me tightly,” he was referring to the deadly lock down effects that are unique to these weapons. And, since every pilot dreams of waxing a chump like a candle, here’s the best Shredder and Pulsar builds to ensure that you rock a mic like a vandal.

This build, quite simply, is a no-brainer. Since each energy pulse has a small percentage chance of locking down an opponent, using three Shredders virtually guarantees your enemy will be frozen. Pursuer’s speed and stealth ability then allows you to rush in for the kill.

That said, extreme caution is needed with this build. If your enemies are maxed MKII, and have full health, you likely won’t be able to kill them without having to reload. And, if your enemy has stealth abilities, he can simply go stealth mode and wait for your own stealth to end, and then unleash a hellish counter attack.

By far my favourite build, the double Shredder + Ember combo helps to solve one of the biggest drawbacks of using a Mercury — the fact that opponents can easily evade your jump-detonation ability by simply leaping or running away from the blast zone once you take to the air.

Shredder’s 500-metre range helps to lock your enemy in place long enough for you to close distance and jump on them. As soon as you are in range, you can take to the air while unleashing your Ember. Ember’s flames slice through all shields (except Bulwark’s, which stops everything). If your jump is timed right, you should be able to land, detonate, and still have enough flames in your Ember to finish off your opponent. By this time, your Shredders will have reloaded as well.

Pulsars and Spectres go together like hip hop and diamond teeth grills. Four Pulsars fired at the same time virtually guarantees that your enemy will be locked down before your clips are empty. The 600 metre distance also puts you out of range of Shocktrains. And Pulsar packs a punch! In most cases, you will be able to deplete at least two-thirds of your enemy’s health in a single clip.

But be careful — nothing prevents a locked down enemy from firing back at you. And, if the red is rocking Scourges, you could quickly find yourself turned from the hunter into the prey.

But wait, what if you don’t have multiple Shredders or Pulsars? Well, then things get a bit tricky.

A single Pulsar or Shredder might lock down your opponent — but then again, it might not. If you only have one or two of these weapons equipped, then avoid simply rushing headlong at your enemies. If your lock down fails, then you might find yourself on the wrong end of an assault from Orkans or Tarans.

If you only have one or two of these weapons, its best to pair Shredder or Pulsar with weapons that most benefit from immobilized enemies. For instance, with Orkans or Tarans, they deal damage so quickly, the lock down effect is usually unnecessary — the enemies are dead before they can be locked in place.

However, machine guns and shotguns take time to unload. Locking an enemy in place greatly enhances your ability to deal maximum damage with these weapons.

Imagine an Inquisitor with Pulsar, Storm, and Thunder. Lock down your enemy, leap in stealth mode toward him, and then finish him off at close range as he’s frozen in place. Or, take a Strider and equip it with Punisher, Shredder and Avenger. Now you have a beacon capper that can also lock enemies down in game modes that require beacon capping to win, such as King of the Hill modes. For a true juggernaut of a build, add a Shredder to a Leo, and finish it off with Punishers or Gusts, along with either Avenger, Thunder, or Ancile. Imagine two Shredders and two Storm on a Griffin or Raven. The options are endless.

A Caution About Tactics

Vanilla Ice offers a cautionary tale for all of us mech warriors who feel our reign will last forever. At the height of his fame, Vanilla Ice was “Rollin’ in his 5.0, with my ragtop down so my hair can blow.” He even dated Madonna for a time. But soon, the limelight dimmed, and Vanilla’s reign at the top of the charts was over.

The lesson? Once you put the world on lock-down, you think it will last forever — but it doesn’t. For pilots, you have to be aware of the fleeting nature of the lock-down effect. You have literally only a few seconds to make your shots count, and, once enemies come out of lock down, they can’t be frozen again for several seconds — they literally become immune to the effect.

That’s why Shredder and Pulsar are really best used in team situations, where you can lock down enemies and then finish them off with the help of your teammates.

As well, remember that ranges of the weapons. You don’t need to be up close and personal for the lock down effect to work.

So, grab your gear and hit the battlefield. As another famous hip hop star, Maestro Fresh Wes, once rapped back in the day, in his song Let Your Backbone Slide:

This is a throw-down, a showdown
Hell no, I can't slow down

This ain't a game, I'm on a mission
Call me a hip-hop, tip-tac-tition!