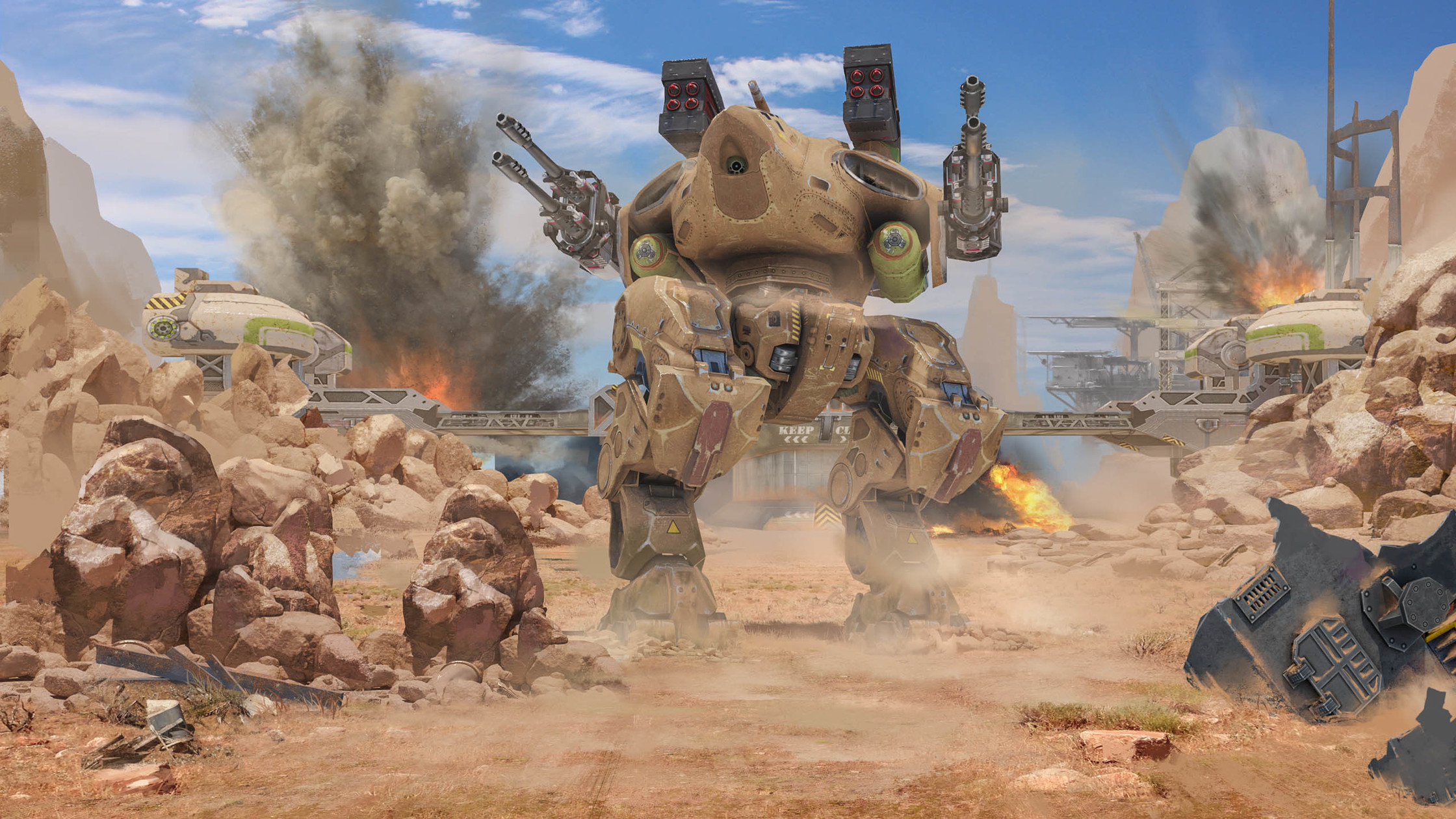 Community Spotlight: The Girl and the Griffin

(She flies with her own wings)

Champion League gameplay is often associated with the latest robots and the most premium weapons. But not so for Lottie-Rose, the founder of the first all-female clan in War Robots and the girl who pilots only Griffins.

Yes, you heard that right. She wreaks havoc in Champions League with an all-silver hangar. In fact, she tells me she replaced her component weapons with Orkans! Lottie-Rose often notches up 1mil+ in damages with her Griffin based hangar, supported mainly by her favourite Pin-Tulumbas build.

However, it hadn’t always been easy. She had started off in 2015 after she saw an advert and downloaded WR on her iPad and gave it a go. Lottie who up ‘til that time played only the “traditional, girly games” was hooked on the variety of game-play and style that the game offers. Influenced by the thriving community surrounding the game,  she quickly decided that she wanted to climb to the top and compete with the best.

However, being only 16, Lottie didn’t have the resources that many players could invest in gathering a premium hangar. Not daunted, our young pilot decided to single-mindedly focus on her favourite bot and strengthen it to challenge the best of the best.

And thus, the Griffin Gal was born. Lottie-Rose often gets asked whether she gets “bored” playing her 5-Griffin hangar. To which she emphatically answers “Never. Griffins are easy to use, yet impossible to master”. To her, the game is always evolving in terms of robots, maps and weapons; She has to constantly change her tactics and reinvent her gameplay to advance her place amongst the best of pilots.

Lottie-Rose tells me that one of the best aspects of the game is the expansive, bustling community that has grown around it.  When she had first joined, it was the discussions and interaction between players in various platforms like Facebook and Youtube and the high-score screenshots (that we are all guilty of at some point) and such that made her connect with the game even more.

It wasn’t all rosy for Lottie-Rose however. Being a young female gamer, one of the few back when she had joined she faced a host of issues online. Along with a few unfortunate encounters, and after being ignored by “big-hitter clans” due to her unique gameplay that didn’t follow the contemporary meta of “all-Lancelot style of play” Lottie-Rose joined IRON Crusaders. It is here that she built up the first all-female clan in WR, the IRON Maidens.

Interested, I asked her about how exactly IRON Maidens came to be and hearing the tale, I can safely say I wasn’t disappointed. Seeing as more female pilots were joining the clan she was in, Lottie-Rose asked an all-female clan to be set up. She was given a challenge: to gather 12 women in a month; a target she achieved in only four days. By now, something else had been bugging me. I asked her why she felt the need for an all-female clan. In her own words, “this (WR) was a totally male-dominated game with a very few female pilots around (those that were, were highly skilled and respected by the chat groups). Pilots either thought I was there for one reason (you can guess this – far from it), I wasn’t respected for my ability (ok, I had none then), or they spread cruel rumours about me and called me fake. Because of these, every time I posted or commented, I found myself having to justify myself with personal statements being made against me.  I wasn’t accepted at all.”

But thankfully, Lottie-Rose tells me that the situation has changed a lot, and for the better. The number of female players has grown a lot and they are much more common in chat groups and clans. The Griffin Princess(as she is known in her clan) feels that due to her style of play and skill, she has been accepted as a “good pilot”, not just a “female pilot”; a distinction that she maintains is very important to her.

By now, I had grown pretty curious about how she competes in the highest leagues with her all-silver robots. I mean, I had a couple Griffins but can’t think of taking them to Champions! So, how does she do it?

Turns out, Lottie-Rose is very fond of her hangar of 5 Raven-skin Griffins. She has used only these on her 10,000+ battles of which she has won almost 5,000. Two RDB(Pin+Tulumbus) Griffins are a staple in her hangar along with Three DB(Ork+Piñata) variants. Having a huge damage output, her Griffin frequently takes her above the 1mil+ damage mark without any WSP or Component weapons.

When asked about if she ever wanted to swap in some component weapons, she simply stated, “I don’t like them”. According to her, the silver and gold weapons are effective plenty, if played right.

On being asked if she could tell one thing to anyone in Pixonic, what would it be, Lottie-Rose told us that all she wants is for the game to give some sort of skill-rating. Often times, she feels that her Griffins aren’t appreciated enough for the skill it takes to pilot them.

She thanks all the people who have gone out of their way to help her in the game and helped her with the struggles of being a female gamer. And, from what I saw, she truly has a genuine love for the game, she even told me not to tell anyone(But, I this was too amusing to be kept under wraps) but she even campaigned in her Church to install better Wi-Fi, just to play the game.

In closing, Lottie-Rose is truly an inspiration for gamers, WR players or not. Her skill has allowed her to reach the highest levels with entry-level and mid-tier weapons, all the while facing the struggle of being a female gamer in a largely male community and maintain a respectful and positive attitude towards others. And yet, she has unfurled her own wings and owned the skies like the Griffins she adores. 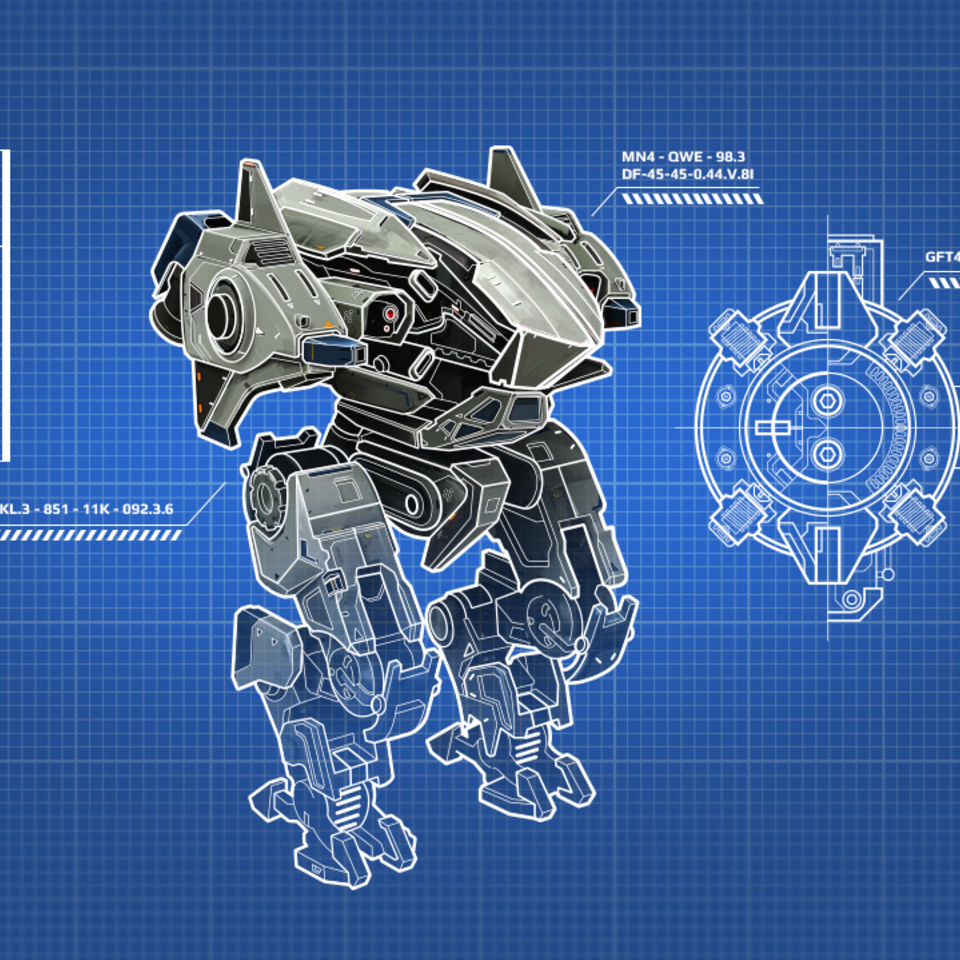