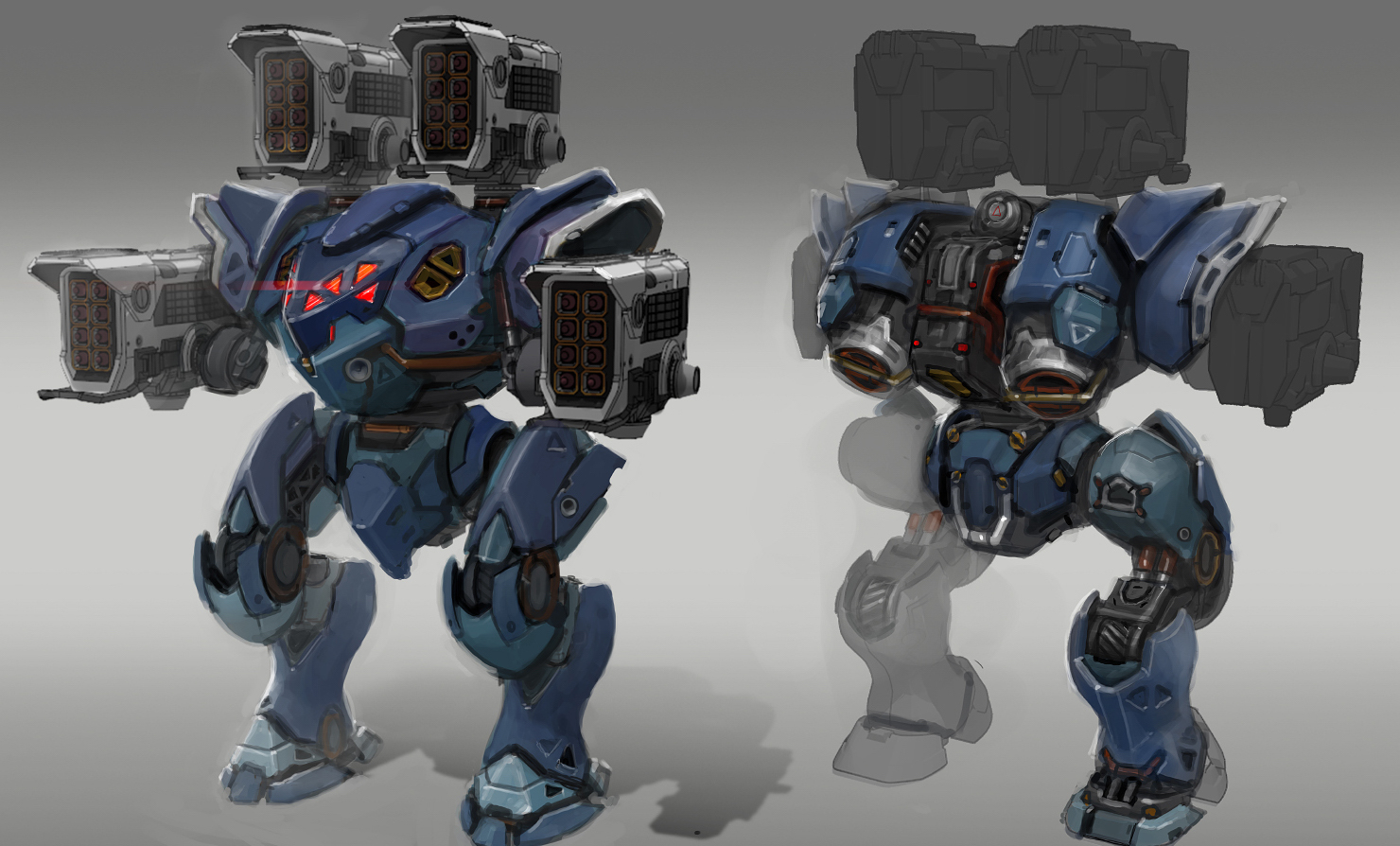 UPDATE: We chose the new name for Exorcist — it's is Spectre now!

Talha Javed, Giedrius and Lil Kiing were the first ones who suggested this name in the comments. They will receive the robot immediately once it is released next year!

Starting this week, we’ll be publishing articles on our plans for 2018 to give you a better idea where War Robots is going.

The first one is already live, you can read it here.

Now to the news on the much closer future.

3.5 happens this week (on Android)

Once 3.5 arrives Christmas Event will enter the second stage

Unfortunately, we made a bit of a stretch estimating the amount of time Supply Drops implementation and testing will take.

Instead of pushing Supply Drops live in a half-baked state, we decided to postpone their release until 3.6. Also, expect an update on new Battle Rewards very soon.

Same as Supply Drops, this little guy needs more time in the oven. You can still try Hellburner in the next test server session though.

When War Robots was first released on Gameroom, everyone was playing with everyone. Now as platform grew, we have enough people to split them into 3 major matchmaking groups to ensure more even playing field.

Before Champions and Masters were playing in the same pool as Experts. The power discrepancy between these groups could be very significant sometimes, so we decided to split them for the time being.

The change is now live both on iOS and Android. As a result, people in highest leagues should see more balanced matches, however, Champions might experience an increase in matchmaking time. Keep us informed on how it feels to you.

On the upcoming test

This will be the last test server session this year. We’ll come back after holidays!

Exorcist is supposed to be a glass cannon — packed with weapons, yet as fragile as Gepard. However, after the last test, it became apparent that Exo is still too hard to pin down. Here’s what stats we’re going to try on the upcoming test session (numbers are for level 8): Some players pointed out at real-life religious connotations that Exorcist’s (above) name has. Religion is a touchy subject for many people, and so we agree that Exo has to go live under a different brand.

Got any bright ideas on how Exorcist should be named? Just drop them in the comments! The best one will make it to the game and its creator will receive an appropriate reward!