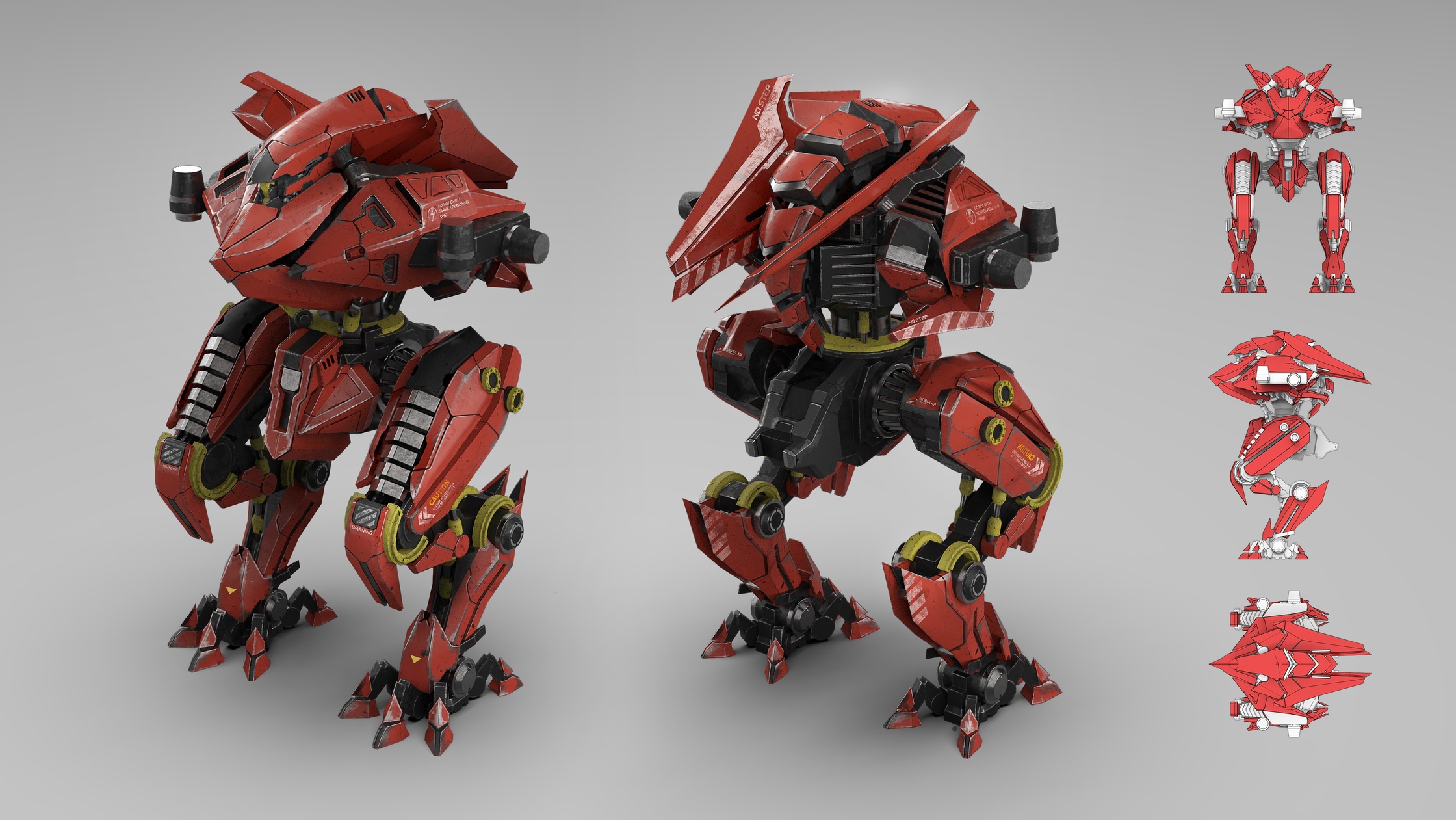 Why do robots get buffed/nerfed? Why do Retaliator and Vengeance keep missing at close range? Will there be a dash Titan?

Any new Titans in mind? What about a dash or a helldive Titan?

We already work on a new Titan. It’s in the pre-production stage of development now. We plan on releasing it by the end of the year. What kind of ability will it have? It's a secret before it gets to the Test Server, but here's a clue – the new Titan will specialize in sabotaging the enemy plans.

Will Boa and Schütze be coming back?

They are still in the game. From time to time we can even see them being upgraded and deployed on the battlefield. They are legacy robots and most likely they won’t be available for direct purchase.

Any new robots coming up that cost silver?

We don't think the game needs more "silver" robots at the moment. Robots that cost silver help new players learn the ropes and progress to Diamond or Expert league. Most of these robots are not suitable for higher league play. We believe there are enough robots in the game to cover the Recruit to Diamond part of the path.

Let me explain the general difference between “silver” and “not silver” robots. Each item in the game has a certain "power budget". When we create a new robot, we first agree on the "power budget" and then distribute the "power" between the robot's characteristics such as durability, speed, number and type of weapon slots, ability features, etc. The bigger the "power budget", the more resources you need to spend to get that item. It's one of the pillars of the game's balance.

"Silver" robots are the easiest to get. So, a new robot that costs silver would have a very limited "power budget" and wouldn't perform well in the higher leagues. We think that the game now needs more higher league content. But it's not a strict rule. Maybe someday we'll add more robots available with silver only.

Is it possible to stack up 100% damage resistance?

In War Robots, damage resistance is calculated with this formula, where X is the amount of defense points:

In this formula, stronger damage resistance requires more defense points. For example, to be able to resist 90% of incoming damage you will need to stack up 900 defense points, which is impossible in most situations. And it will never get to 100% exactly.

Nodens's Disposal ability seems very weak. How do you decide when a robot needs a buff or a nerf?

In short, we gather a lot of statistical info from the live server. We monitor average damage, average lifetime, deployment rate and many other aspects that show us how the item performs at the moment. Sometimes items don't perform as we intended. After releasing an item, we keep a close eye on it to see if it takes its intended place in the game's ecosystem. It usually takes 3-5 months to gather enough statistical data to be sure if tweaks are needed. So, we don’t have a definitive answer for Nodens yet. 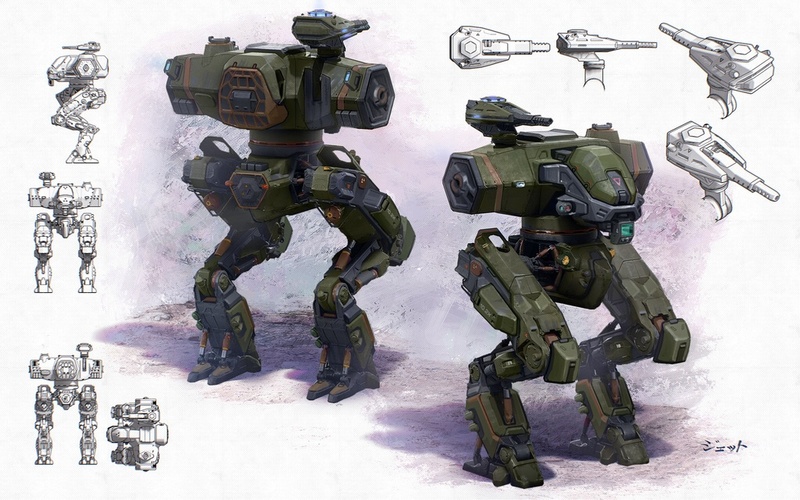 What development stages a robot goes through?

It generally takes 3 months to complete a robot. The process is iterative.

During the first phase, a dozen game designers brainstorm to select the best concept. When we have the winner, we choose one game designer who will prepare the documentation with all the necessary descriptions – how the robot looks, how it works, etc.

When the documentation is ready, the second phase begins. During that phase, the game designer in charge of this project will make requests to other departments to gather building materials. The art department will prepare the model, textures, animations and visual effects. The engineering department will prepare the code functionality if we need something new. The UI department will create interface elements. And our audio designer will arrange the sound effects. This phase usually takes 2 months and during that time the game designer will be working on different tasks.

When the materials are ready, the game designer collects them and we move on to the third phase. We'll build a prototype from gathered materials and run some internal tests. The prototype will then get to the Test Server. During the following 1 to 2 months we'll be polishing the prototype and catching bugs. It involves all the above departments and several specialists from the QA team.

What if a Scorpion teleports under my Ares's shield?

You'd better stay close to your teammates if Scorpion's around. Phase Shift and Jump Unit can also help a lot.

Why not give all bots 3 passive modules?

Mainly because we're afraid it will make the game too complicated for the new players. But it is not carved in stone, we may rethink this decision one day.

How do you plan to balance the "French Ming"? Will you be nerfing plasma weapons range?

We don't have plans on nerfing plasma weapons in the near future. However, there's a new pack of kinetic cannons coming to the Test Server soon. They are designed to give Mings a hard time.

Why not release robots in packs of 3?

Many players were asking us to slow down on creating content. We agreed and decided to check if just 1 robot at a time will work for this year. This 1 robot is always the best of the possible 3. It would be the essence of the pack! We are gathering data for this experiment.

Why so many bot designs with 4 medium slots? They're OP.

In our internal classification, these robots are called "glass cannons". They are very dangerous due to their weapon slot lineups and their abilities. But they are fragile and easy to kill when their ability is on cooldown. They have a very specific place in the game's ecosystem. You can beat them, but you will need to catch them in the fragile state first. 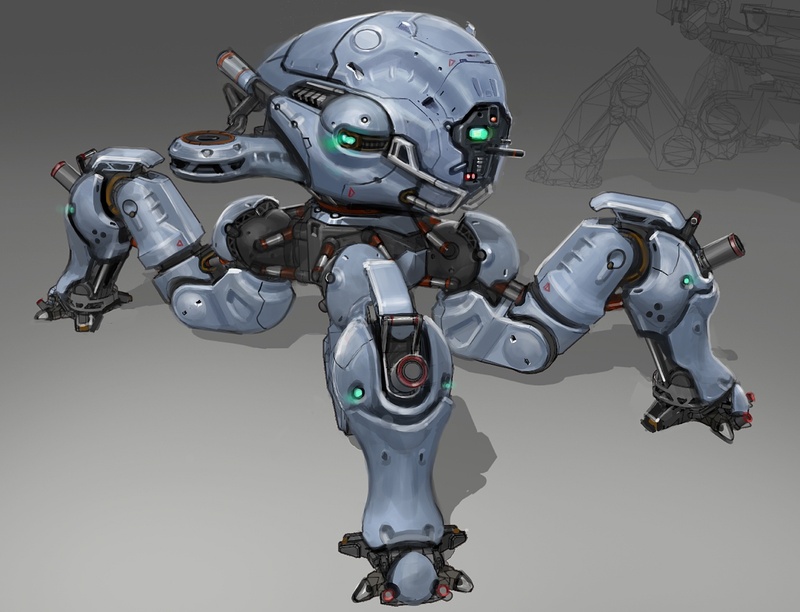 Will weak "gold" bots like Carnage and Rhino become available with silver?

These robots are one tier higher than "silver" robots, but one tier lower than "component" robots. They have special abilities and they are good for building understanding of how the meta robots play. For new players, “gold” robots are usually too complex to play confidently until they learn the basics.

Our idea is that a new player starts with the simplest robots at the lowest tier (for example, Natasha), progresses to mid game bots like Raijin and ends up with meta bots like Blitz. In this paradigm, "gold" robots like Carnage and Rhino have their place and purpose.

How players are supposed to progress from gold bots to meta bots if the meta changes every major update?

The short answer is, to play in Champions you don’t necessarily need to get to the “pinnacle of meta”. There are meta robots that remain competitive for much longer than just one major update.

We monitor meta statistics constantly. If we notice a shift that makes the game boring, unbalanced or too hard to new players, we adjust the meta.

Why do Retaliator and Vengeance keep missing in close range?

Titan's inability to attack targets at point-blank range is an intended feature. It works as a counter-play of sorts. Titans are physically too tall and massive to be able to shoot Cossacks prowling around their feet. 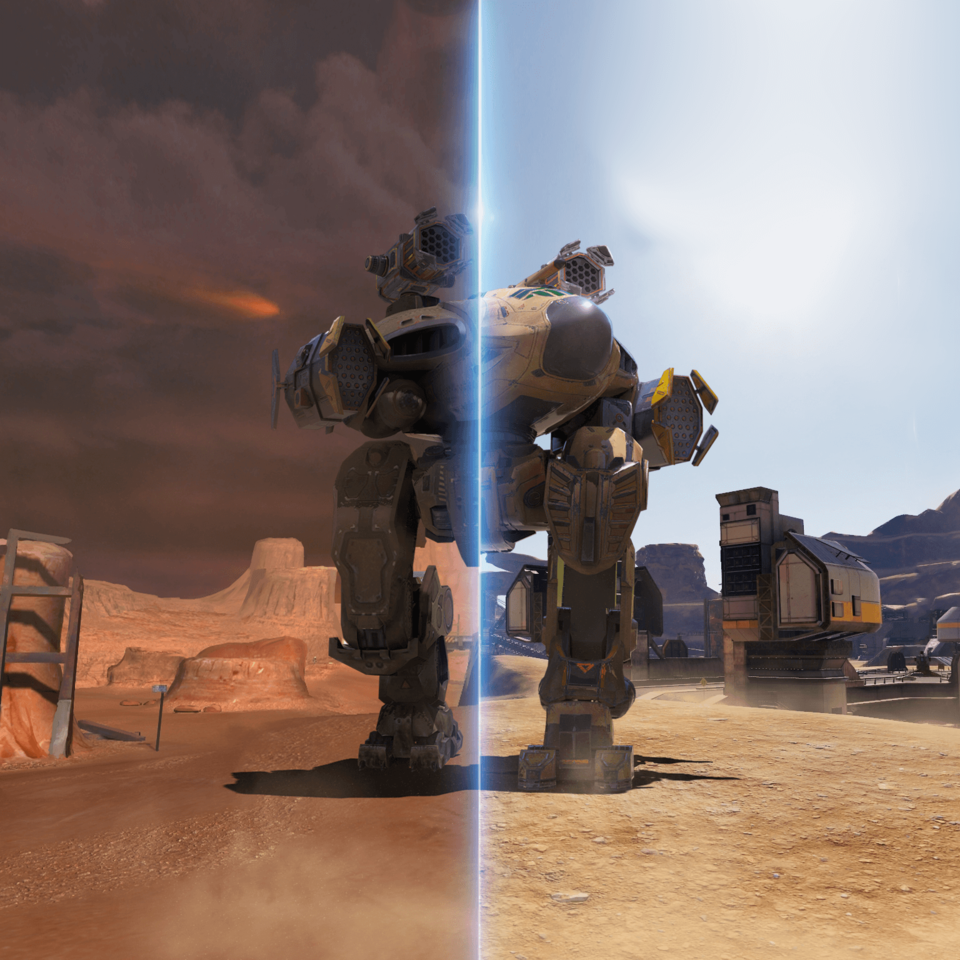