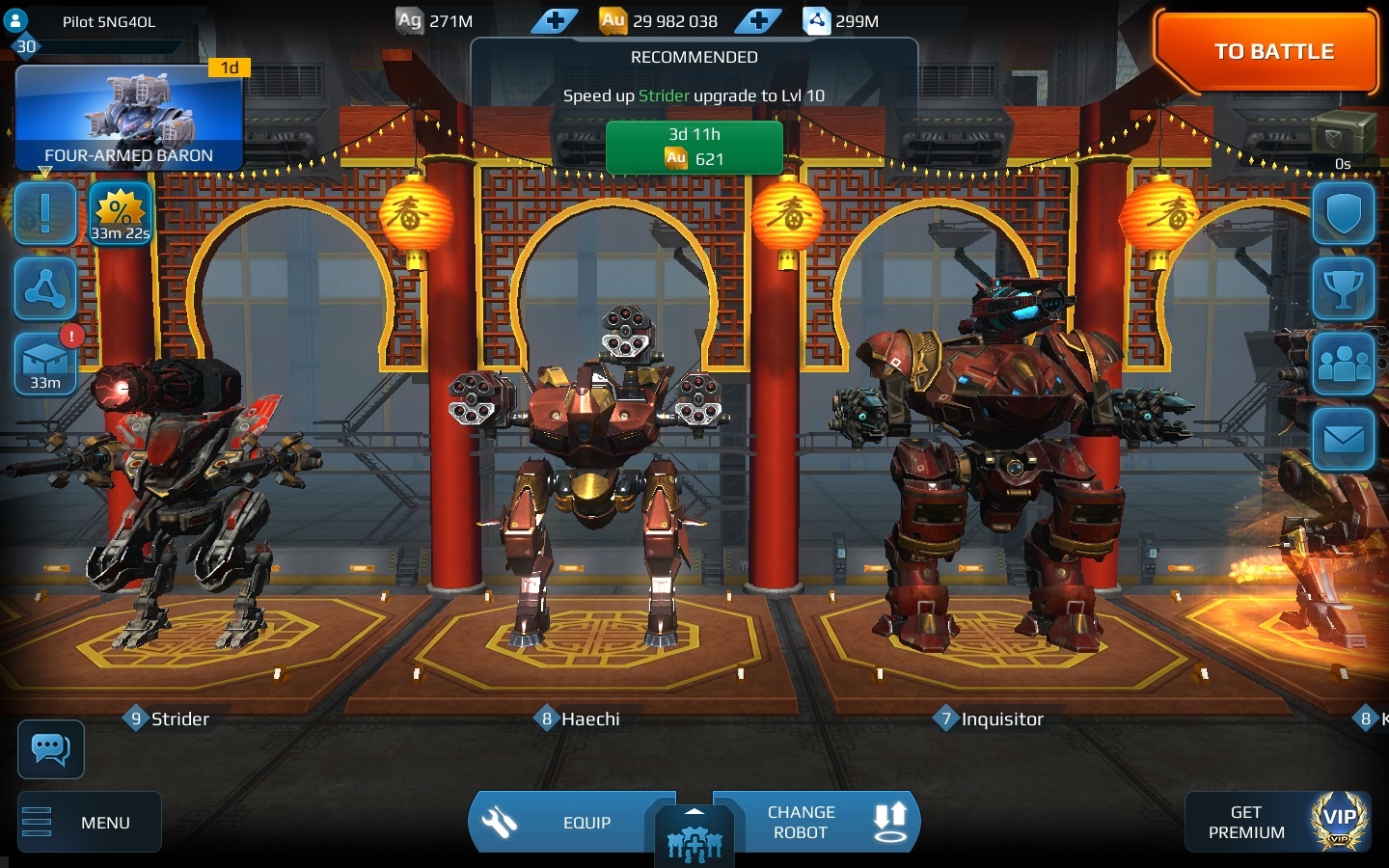 War Robots Friday. Getting ready for 3.6

It’s been a while since the last time we updated you on the upcoming changes.

Holidays are over. The work is going full-steam ahead — and the update 3.6 is just around the corner.

...and more. A detailed breakdown of the update will go online closer to its release.

Confirmed. Starting with 3.6, you’ll be receiving free silver, components and keys every 3 hours (or every 12 hours if you prefer grabbing everything in bulk). Collect your Kumihos! Details here

New Battle Rewards are almost ready too, but we decided to let them brew for a bit longer so they arrive at their strongest.

Starting with 3.6, leaving a battle too early will leave you with no reward after the match ends.

To convey this further, a “Leave Match” pop-up now indicates that leaving the game will (probably) ruin everyone’s day. This pop-up is also red — which, we thought, is a big deal, so we’re letting you know. Another new thing coming with 3.6 is a separate Hangar Deck available to everyone in Custom Games.

Hangar X contents will be changed periodically to include new builds for you to experiment with and decide whether you need a certain robot or gun or not. In the first set we’ll have:

All robots and weapons in Hangar X are level 12 (mk1). And of course, you’ll be able to use Hangar X in training sessions. Maybe, even tournaments? Just giving away the idea!

And good news for Gameroom piots: starting with 3.6 Custom Games will be available in your realm too.